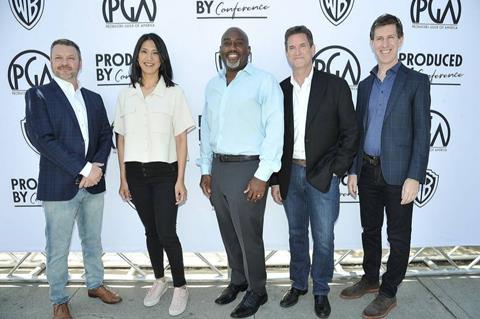 Leadng executives from streaming services Amazon, Hulu and Disney+ told producers how they plan to deal with clutter, diversity and international creators at  the Produced By conference in Los Angeles this weekend.

Agnes Chu, senior vice-president of content for the upcoming Disney+ service, said to stand out in the increasingly crowded streaming space, “first and foremost we’re leading with our brands. People know what our brands stand for - high quality epic storytelling that’s great for the family.” Chu was speaking on a panel called ‘The Streamers: Meet The Buyers’ at the conference hosted by the Producers’ Guild of America.

Craig Erwich, senior vice-president of content for Hulu, said the service is “looking for original programming that is going to get into the social conversation.” And Vernon Sanders, co-head of television for Amazon Studios, said his service is “really thoughtful and precise about the kinds of content we’re making.”

Representing the more traditional side of the TV industry on the panel, Michael Wright, president of Epix, said his premium cable network is “still in the curation business. We call it television for movie lovers. Most people who are watching a lot of the premium networks have a deep and abiding love for film, but a lot of the films they love aren’t being made as much by the studios.”

Asked about dealing with diversity and inclusion, Chu referred to Diary Of A President, the comedy Disney+ recently ordered about a Cuban-American girl. “More and more we want to be telling stories that showcase the world that we see around us,” said Chu.

Amazon’s Sanders said being aware of such issues is “about making choices every day. And about forcing all of us to think differently, rather than assume - assume that there’s no one available, assume that an audience won’t respond.”

Sanders, who is African American, added he is “Truly surprised to be in this job, in a great way. When I think back to my younger years, I didn’t see a lot of people of colour being in positions to make these kinds of decisions.”

He also suggested his company’s global reach and recently-announced push into international production can enhance diversity. “We have teams around the world making content with local creators,” he said,  “Our goal over the next year is to start working with those creators to cross geographic boundaries. So you’ll see many more directors, creators, writers and producers from other countries coming in and working with us on content. It might start off as a piece of content for their home country or it might expand beyond.”

Neither Netflix nor the upcoming WarnerMedia streaming service was represented on the panel, and the new corporate link between Disney+ and Hulu (now fully controlled by Disney) was mentioned only briefly, when Sanders asked his fellow panelists if they were now sharing information about projects.

“There is an opportunity where we can have a very fluid conversation across the platforms,” Chu said in response.