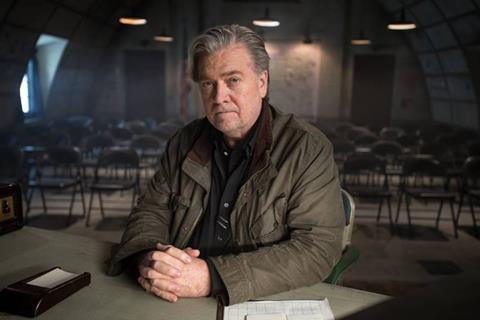 Having previously made films about Robert McNamara (The Fog Of War) and Donald Rumsfeld (The Unknown Known), Oscar-winning documentary filmmaker Errol Morris returns to US politics with perhaps his most controversial subject yet: Stephen K. Bannon, the Breitbart boss-turned chief strategist for Donald Trump.

American Dharma, set to premiere Out of Competition at the Venice Film Festival on Tuesday, September 4, is an in-depth, often combative 95-minute interview with Bannon, structured around the subject’s favourite films, including Twelve O’clock High, Chimes At Midnight and The Bridge On The Review Kwai.

Screen spoke to Morris about why he picked such an unpopular figure; how his opinion of Bannon changed; and why he hopes to have an impact on this year’s US midterm elections.

When did you come up with the idea to make a film about Bannon?

In January Fire And Fury [by Michael Wolff] had just been published. After reading it, Bannon seemed to be the primary source and primary figure in the story. I wondered if he’d be willing to be interviewed by me and I became increasingly interested when I found out about his interest in movies. He agreed to meet me in what’s known as the Breitbart Embassy – a townhouse very, very close to the US Supreme Court and I spent about three hours with him. It was an extraordinarily interesting conversation. He agreed to make a film with me.

How did your approach differ compared to your other political documentaries?

In both The Fog Of War and The Unknown Known I used a device called the Interrotron [which allows him to ask questions to his subjects through a camera]. It became my signature for interviews and I chose not to use it this time, in part because I made Wormwood for Netflix with multiple cameras and I thought it was appropriate for this as well.

Also he had created a list of his favourite books and favourite movies. I had seen them all except for one, Twelve O’Clock High with Gregory Peck. I watched it immediately and I was quite taken with it, maybe for different reasons [to him]. I asked my production designer [Adam Stockhausen, who won an Oscar for The Grand Budapest Hotel] to recreate the Quonset hut from the film. so I brought Bannon onto the set of one of his favourite movies.

How much time did you spend with him?

There were five days of interviews filmed in the Boston area. It was all done so quickly, the shortest amount of time, for me, between coming up with an idea and actually filming it, in February and March, editing it and now delivering it at the Venice Film Festival.

Do you think Bannon believes everything he says?

It’s a question that I asked myself repeatedly. Is he a snake oil salesman or is he a true believer? I can’t answer the question. It could be a mixture of both. As I say to him in the movie, you can’t support many of Trump’s policies and call yourself a populist. Trump’s tax cut is not a populist tax cut. At the heart of a lot of what he says is an inherent contradiction. 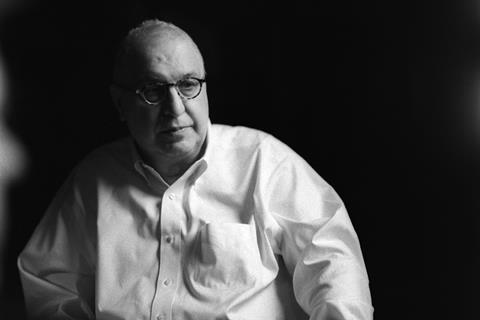 Some people will criticise you for giving him a platform…

It is part of a journalist’s job to go out and investigate. So much of journalism is about silos today - people with the same beliefs talking to each other. It’s important, essential, for us to come to an understanding of what’s going on out there in the world and why this has appeal. He’s come to Europe to try to peddle his own national populism. I have no doubt that he would like to put an end to the European Union, to the Euro, to NATO. These are destructive ideas and we must come to a deeper understanding of what’s going on. To ignore any of this is a mistake. Bannon has, I would say almost a unique ability to harness the press. And I’m part of it. But I hope I’m part of understanding the problem, not contributing to it.

How did your opinion of him change after spending time with him?

He’s extremely intelligent and well read. But elements of his ideology don’t come together in some seamless body of thought. They seemed filled with contradictions and error.

How did he react to the film? Did he have any comments?

He felt the Charlottesville section of the film painted him as a racist. And he objected to some of the headlines that we used from Breitbart, but of course these were headlines that appeared in Breitbart when he was the editor and he has to take responsibility for all of it. He had no control over what appeared in the film but if I felt that he was complaining about something that had merit then I would change it.

The film ends in a very dark way…

I strongly feel the day that Trump was elected was a very dark day for me and for a lot of other people. But what has been much worse than Trump’s election has been the aftermath of the election, of seeing really how bad it could be. And it’s very, very, very, very bad. But what makes it even worse is this feeling that the American democracy maybe can’t even withstand this, that somehow all of those safeguards they supposedly have, some of them have worked, some of them have not. There are certainly elements in Congress and the executive branch that have rolled over and allowed a lot of, almost unthinkable things to happen. That’s very, very, very frightening.

What next for American Dharma?

It goes to the Toronto Film Festival right after Venice and then at the end of September to the New York Film Festival. The hope is that by then or soon after it will be sold [to distributors].

You previously did a mini-series for Netflix (Wormwood) – would you be happy to see it on a big streaming service?

Would I like the Bannon film to be seen by a large audience around the world? Of course I would. Originally I made the movie because of the upcoming midterm elections [in November 2018] and because of 2020 and I felt that I wanted to weigh in on all of this. I wanted to contribute my voice to what’s going on in the world and specifically in America.