What could the UK election result mean for the local film industry? 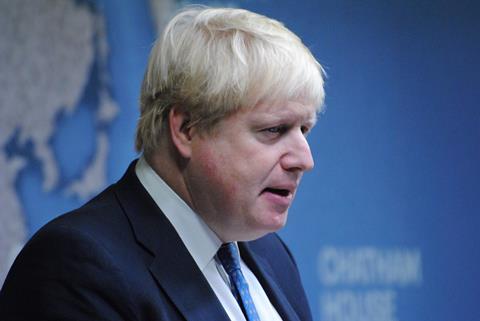 The decisive victory for Boris Johnson’s Conservative Party at last night’s UK general election has brought short-term clarity over Brexit for the UK’s creative sector, but also despair from some industry professionals.

The central pillar of Johnson’s campaign was ‘Get Brexit Done’. His Brexit Withdrawal Agreement is now certain to pass the Commons before the end of the year and the UK will leave the European Union on January 31.

The next phase is negotiating the future terms of the UK’s relationship with the EU, which Johnson insists will be concluded by December 2020 (despite scepticism from trade experts and EU chief Brexit negotiator Michel Barnier).

As detailed by the BFI, under the terms of the Withdrawal Agreement, UK projects will still be able to apply for funding from the current Creative Europe programme until it ends in December 2020 but it’s not clear what will happen after this.

Speaking to Screen, producer Rebecca O’Brien of Sixteen Films said: ”The MEDIA programme is something that has been very important to the indie sector in terms of providing development money and support for our films in Europe. If we lose that then independent film is dead in the water in the whole European market. We need to fight for that.”

All co-production agreements including the bi-lateral co-production treaties and the European Convention on Cinematographic Co-Production signed by the UK will also be unaffected by Brexit.

The most significant change for the creative sector could be immigration. As per the Withdrawal Agreement, freedom of movement will continue until the end of the transition period, however after this the Conservatives have pledged to introduce an “Australian-style” points-based immigration system.

Responding to the election result, Alan Bishop, chief executive of the Creative Industries Federation, said: “The future shape of the UK’s immigration system is clearly of immediate and urgent priority.

“We must create an immigration system that both looks beyond arbitrary measures such as salary and is not inaccessible through cost and bureaucracy. An industry-led approach to a flexible, points-based system for permanent international workers should focus on the assessment processes and qualities most relevant to our sector. We must ensure that temporary workers have the flexibility needed to undertake multiple paid projects or performances across different employers and that improvements to our own system are reciprocated across the EU for touring artists among others post-Brexit.”

The Conservatives have also pledged to keep the UK out of the single market, any form of customs union, end the role of the European Court of Justice as part of the future agreement.

The Conservative Party manifesto is light on detail regarding culture policy, however it does pledge to continue support for the UK’s creative sector tax reliefs, which have proven so important for inward investment into the industry.

O’Brien cautioned: “Its a very remain industry, so I think the people in charge of policy need to fight our corner very hard and stand up for the indigenous film industry and not just the inward investment industry.”

The manifesto also promises business rates relief for cinemas (alongside music venues) and the introduction of a so-called arts premium to secondary schools to help children learn “creative skills”.

Finally, it includes measures to help small businesses and freelancers, which could potentially have a positive impact on the film and TV sector, according to the Creative Industries Federation.

They add, however: “it is critical that international freelancers - a crucial part of our sector’s world-leading workforce - are at the heart of any reforms to the UK’s future immigration system.”

There will be a new minister for Digital, Culture, Media and Sport (DCMS) following the departure of Nicky Morgan, who stepped down as an MP before last night’s election. A “mini-reshuffle” to fill the post is expected on Monday, according to reports.

The new government will seek to make the BBC continue to fund free TV licences for over-75s, described as an “£800m timebomb” by Screen’s sister publication Broadcast. The BBC started funding this in 2017.

Johnson was critical of the BBC during the election campaign, saying in one interview: “At this stage we are not planning to get rid of all licence fees.. but you have to ask yourself whether that kind of approach to funding a TV media organisation still makes sense in the long term given the way other media organisations manage to fund themselves.”

Many industries bodies contacted by Screen were reluctant to comment on last night’s results, however the verdict from several UK film professionals was negative towards both the Conservatives and opposition party Labour.

The Personal History Of David Copperfield director Armando Iannucci criticised Labour leader Jeremy Corbyn via Twitter. Saying: “If this is correct [the exit poll], and it probably is, then Corbyn must go and take ALL the antisemites with him. Toxic and unforgivable. Lib Dems need a solid existential rethink, and ordinary Labour, Lib Dem and Green members need to start talking to each other fast.”

In contrast, I, Daniel Blake director Ken Loach, a staunch supporter of Corbyn, blamed Labour’s defeat on the media, telling ITV News: ”We cannot ignore the abuse that’s been poured on him since he became leader. We cannot ignore the fact that page sections of the parliamentary party refused to serve with him. We can’t ignore the fact that the press, including the broadcasters, have refused to discuss the principles of his programme. That’s a serious issue.

”No other Labour leader has had the abuse that Jeremy Corbyn has. No other leader has been called a terrorist when he’s a man of peace, or a racist when he’s been opposed to racism all his life”.

Source Code and Warcraft director Duncan Jones said: “I feel sickened for Britain. A man who is well known to be a liar, a bully, a racist and a double dealer will now preside over the UK for the next 5 years, will force through a hard Brexit that helps his mates, devastates the NHS & sells off Britain for spare parts.”

Actor Rob Delaney, who filmed a video supporting Corbyn, tweeted: “Not the first nightmare election results I’ve woken up to. I’d ask my UK fam to look to history for what to do next. One glorious, successful example is ACT UP [grassroots political group working to end AIDS] in the 1980s under homophobe, villain (& landslide election winner) Ronald Reagan.”

Hugh Grant, who was among a number of actors campaigning against the Conservative party, simply tweeted: “There goes the neighbourhood”.