Why executives from Snap, Google and HP are tuning into this year’s IDFA DocLab Forum 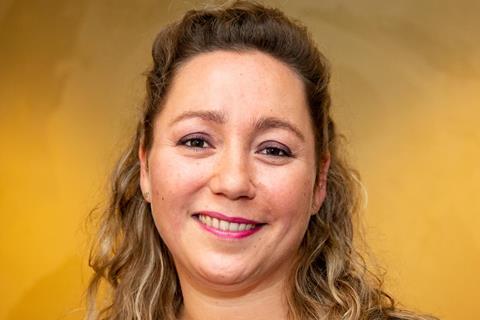 IDFA’s DocLab Forum is taking place for the second time in 2020, providing co-production and co-financing opportunities for web-based docs, VR projects, multimedia installations and other new formats. It’s the industry-oriented offshoot of the festival’s DocLab, the new media programme for interactive and immersive non-fiction founded in 2007.

Fifteen projects are being pitched while a further four have been chosen for one-on-one meetings for the DocLab Forum, which is running online from November 16 until November 20. The selections range from big-scale immersive, psychedelic documentaries such as Jo Sol’s Burn the Cuckoo’s Nest, designed to be projected in a dome or planetarium, to more intimate works that viewers might watch on their mobile phones.

Yorinde Segal, IDFA’s industry manager new media and Forum manager, talks to Screen about how the DocLab Forum has evolved.  “It has been a crazy ride,” she says of putting the programme together in the face of the pandemic. The selection process continued much as normal but Segal and her colleagues then had to adjust very quickly from running a physical event to an online gathering.

On the upside, moving into the virtual space means there won’t be instances where delegates have to be turned away because venues are overcrowded. “It’s so nice that we don’t have to say that some people cannot come.”

What was the thinking in 2019 in setting up the DocLab Forum as a standalone industry event?
The Forum already had a place for new media projects. But in the last few years, we saw this whole field was growing.

What is the economic model for new media projects and how can DocLab Forum help with this?
We are trying to get the right people together to discuss projects, for example those who have a fund for new media projects or broadcasters with the opportunity to show web documentaries on their platforms, or exhibition centres. We are trying to create a dialogue between them. It is still very difficult for the projects to find money. That is why we hope we can help them in some way.

Co-productions have become a bigger part of the Forum and that is also happening a little bit at the DocLab Forum, with projects finding collaborators and accessing funding from other countries. The UK and France now have quite a good economic model for new media projects. There are quite a lot of funds.

Who are potential backers for the new media projects attending this year?
There are regional funds like York Mediale (UK) Amsterdam Fund, Medienboard Berlin-Brandenburg, and Film Foundation Basel Stadt. National funds like Canada Media Fund, Danish Film Institute, CNC (France) and The Netherlands Film Fund have specific schemes for new media artists/projects. You also have more [global] funds focused on XR like Kaleidoscope or Creative XR/Digital Catapult. There are a few active broadcasters that co-produce new media works, like ARTE France and VPRO (Netherlands). Funding comes also sometimes from the tech side, through Oculus (Samsung) or Vive (HTC), who are also looking for creative content. And then, of course, the museums and galleries have a budget to develop these projects to exhibit.

Are the streamers involved this year?
Yes, because it’s online we have some new experts that can more easily attend. For every pitching project, we have a panel that can give feedback. We have a more diverse group. New professionals attending include Andrés Monroy-Hernandez of Snap, Todd Shaiman of Google, Bethanie Maples of Google AI, Matthew Neutra of Bose, Joanna Popper of HP, Ulrich Schrauth of VRHAM!, and Katharina Meissner of MUTEK.

What themes have you noticed among the projects in DocLab Forum?
That are quite a few projects dealing with collective memory. There are also projects looking into dance. Why? I think the VR medium works well for that - you can use VR to interact with movement and emotion. We have two web documentaries about Neighbourhood Watch communities: Good Neighbours and A South Asian Queer Pamphlet.

We also have a bunch of projects inspired by famous and not so famous philosophers and writers like Siegfried Kracauer (The True Film) and Leonid Pekarovsky (The Broom), feminists and thinkers like Judith Butler (A South Asian Queer Pamphlet) and Donna Haraway (Symbiosis); artists like Judith Scott (Inside: A Journey Into the World of Outsider Artist Judith Scott) and Yadegar Asisi (Just For One Day).