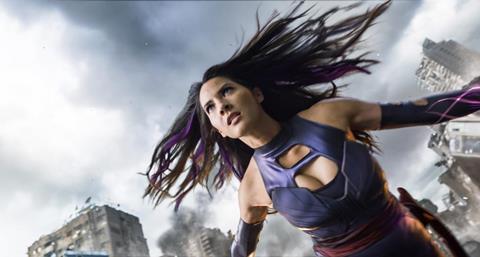 X-Men: Apocalypse topped the Chinese box office in the week of May 30 – Jun 5, picking up $59.33m from its first three days. It was the second-biggest opening weekend for Fox (behind the Titanic re-release) as well as the biggest IMAX opening for Fox, with $6.3m on 286 IMAX screens.

X-Men is a well-known long-running franchise for the Chinese audience – the last instalment X-Men: Days Of Future Past stars Chinese actress Fan Bingbing. But the reign of the latest mutant adventure is likely to be short-lived as Warcraft is due to open tomorrow (Jun 8).

Disney’s Alice Through The Looking Glass dropped to second place with $22.61m. Its haul of $49.99m after ten days was almost the same as its US take.

Sony’s The Angry Birds Movie slipped to third place with $19.58m. Amassing $72.67m after 17 days, it has surpassed Minions and Ice Age: Continental Drift to become the seventh-biggest animated feature in China.

In fourth was Captain America: Civil War with $3.77m. Its month-long run ended on Sunday with a total of $192.38m after 31 days, making it the second-biggest imported film this year so far, behind Zootopia.

Following two relatively quiet months, June started strongly as last week’s total box office was up by 53% week-on-week. Strong ticket sales are expected throughout the week as Warcraft opens tomorrow ahead of the Dragon Boat holiday on Thursday.