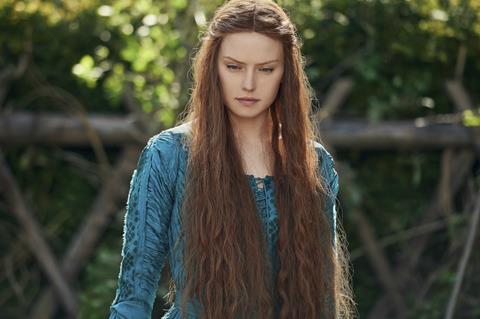 The time seems nigh for a feminist adaptation of Hamlet. And this sweeping period romance from Australian director Claire McCarthy (The Waiting City) will do for now. Starring Daisy Ridley (Star Wars) as the titular heroine, along with Naomi Watts as Gertude, George MacKay as Hamlet, and Clive Owen as Claudius, Ophelia envisions Shakespeare’s classic tragedy as a tale of star-crossed lovers and female empowerment all rolled into one,

Fans of The Bard’s original text may balk at the changes, and some of the narrative additions stretch further than feels comfortable, but there is a “method to [their] madness,” as Ophelia’s father once put it, allowing Ophelia a good deal of agency and a more integral role in the story’s central political and familial conflicts. Spoiler alert: it is Ophelia who first discovers that Claudius has killed the King! But you’d never guess how.

Driven by its timely revisionism and A-list cast, Ophelia should make for a much-talked about commodity, which could yield significant global box-office and ancillary sales, despite some general ludicrousness to the proceedings.

Based on a YA novel by Lisa Klein, Ophelia maps out a very different arc for the heroine than jilted lover goes mad and kills herself. Here, Ophelia is a headstrong young woman, who despite her non-royal class, rises through the ranks of the court to become Queen Gertrude’s most trusted lady in waiting. One day, while swimming in a river near the castle, Ophelia meets Prince Hamlet with his friend Horatio, who are back home from their studies abroad. Immediately, there are flirtations and some clever puns about fishing.

Ophelia also becomes a close witness to the rising tension between Hamlet and his Uncle Claudius as well Claudius’s amorous interest in Gertrude.

In this first half of the film, it’s easy to see the main challenge of adapting the story of Hamlet to Ophelia’s perspective: she is not so much an active participant as a passive observer of the rotten goings-on in the state of Denmark. How do the storytellers preserve the through-line of the central plot—Hamlet’s desire for Oedipal and political vengeance, which is tangential to Ophelia—and still make her the centre of the story? Ay, there’s the rub.

And here is where the added story elements might make Shakespeare turn over in his grave. See, Gertrude has a secret sister, thought to be a witch, who lives in the forest and provides elixirs and poisons to Gertrude and Claudius. There’s a lot more to this subplot, but it allows Ophelia to be a more integral participant in the unmasking of Claudius’ Machiavellian plans and a more general widening of the liberties with which McCarthy and screenwriter Semi Chellas (Mad Men) take with the source material.

The film also emphasises the love story between Hamlet and Ophelia, complete with a steamy consummation of their feelings by firelight in the countryside. But it’s ultimately a thriller: In the last act, Ophelia is mostly on her own, devising and executing a complex plan to save herself and Hamlet and run away together. If the ending isn’t all happily-ever-after, it’s obviously meant to be uplifting—in a way reminiscent of another famous revisionist period film, Jane Campion’s The Piano.

But Ophelia is more Shakespeare In Love than Shakespeare—a guilty pleasure and glossy production. There’s lush cinematography, mimicking the natural lighting of Medieval Europe, and proficient production design (the play within the play “to catch the conscience of the King” is a beautifully rendered staging with silhouettes acting behind a large red screen). The cast is all up for the slick presentation: Daisy Ridley makes for a perfectly fresh-faced, strong-willed ingénue, while McKay takes his Hamlet as seriously as Owen relishes his role as villainous patriarch.

But the film also has plenty of faults. One of the main problems is that Ophelia is still under-written. She loves Hamlet, but other than that defining characteristic, there’s little sense of her dreams and desires. There’s no inner conflict or complex moral shading. Like Wonder Woman or Star Wars’s Rey, she’s strong, pure and well-intentioned, and the only time she loses her control is when she attacks the court’s meanest mean girl.

This may be all well-and-good for a teenage fantasy, but devotees of Shakespeare’s Ophelia should hope for a more distinguished retelling someday.