This year saw a number of records, including the most nominations for black actors in one category. 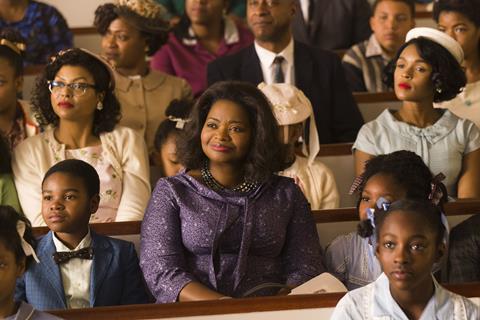 Following last year’s #OscarsSoWhite storm, Academy voters have responded to the spotlight placed on them after two consecutive years without a single black acting nominee with the most significantly diverse list of nominated films and actors in years.

Any chance of a 2017 sequel to #OscarsSoWhite has been well and truly snuffed out, with US Academy voters surpassing their Bafta counterparts in the acting categories by nominating seven (out of 20) non-white actors.

Joining the four who were also nominated by Bafta – Mahershala Ali and Naomie Harris for Moonlight, Viola Davis for Fences and Dev Patel for Lion – are Davis’s co-star Denzel Washington, Octavia Spencer for Hidden Figures and Ruth Negga for Loving.

That makes this year’s nominations truly historic – the most ever for black nominees, topping the previous record of five in 2004 and 2006. In 2004, four actors scored five nominations: Jamie Foxx for Ray and Collateral, Morgan Freeman for Million Dollar Baby and Don Cheadle and Sophie Okonedo for Hotel Rwanda. In 2006, five actors featured: Forest Whitaker for The Last King Of Scotland, Will Smith for The Pursuit Of Happyness, Djimon Hounsou for Blood Diamond, and Eddie Murphy and Jennifer Hudson for Dreamgirls.

This year, Negga is the most surprising inclusion in the acting categories. While her performance has been highly acclaimed, her chances had dissipated over the course of awards season, and most pundits were predicting the fifth best actress slot would go to Amy Adams for Arrival or Annette Bening for 20th Century Women.

It now becomes one of this year’s most satisfying and symbolic nominations given that the character Negga portrays in Jeff Nichols’ film, Mildred Loving, played such a monumental role in the American civil-rights movement with her long struggle to invalidate state laws prohibiting interracial marriage.

Alongside fellow nominee Octavia Spencer’s portrayal of an African-American woman who played a crucial role in the NASA space programme, Negga’s nomination is an affirmative counterpoint to the ugly mood in America fostered by the new man in the White House – a reminder that the right to be treated equally was a hard-fought victory but one that should never be taken for granted in a country where civil rights continue to be under threat.

This year’s nominations contain other firsts too. It marks the first time ever that three black actors have been nominated in the same category, with Spencer, Davis and Harris vying for best supporting actress, and the first time in history that a category has featured three black contenders for different films.

Moonlight’s Barry Jenkins also becomes the first black filmmaker to have his film nominated for best picture, writer and director in the same year. The eight nominations for A24’s film – including three in below the line categories of cinematography, editing and original score – are a superb result for a film that has rivalled Lionsgate’s La La Land and Amazon Studios’ Manchester By The Sea for rapturous acclaim throughout awards seaon.

In the documentary feature category, three of the five nominees focus on black themes: I Am Not Your Negro, O.J.: Made In America and Ava DuVernay’s 13th. Fire At Sea, Gianfranco Rosi’s documentary on the European migrant crisis, also made the cut in this category.

The US Academy can be proud of the variety among this year’s nominations, and breathe a sigh of relief that, for 2017 at least, #OscarsSoWhite will not be this year’s hot take.