Out Of The Furnace 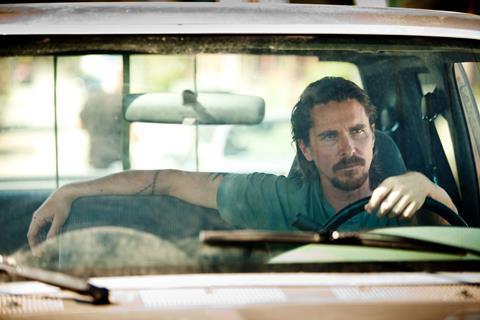 You could melt iron in the heat generated by Christian Bale’s sizzling performance in Scott Cooper’s dark recessionary drama, set in what’s left of steel-belt America. The rest of the all-star cast of actors are pretty good too – and it’s this, coupled with the visual sheen and aural punch of a professionally assembled package, that stands the best chance of making the all-star producers’ money back.

The twilight mood is reinforced by the elegaic sunset photography of cinematographer Masanobu Takayanagi whose sensitive work here could attract some awards season recognition alongside the obvious nod for Bale’s intense performance.

No matter that the script is assembled from hackneyed narrative spare parts, from the blue-collar hothead who returns from active service in Iraq to a hero’s welcome of indifference and unemployment, to the inbred, violent Appalachian rednecks who are, believe it or not, a law unto themselves; no matter that lines like “I love you man” or “just one last fight” seem written by a script machine on the ‘American tragedy’ setting.

Because although Out Of The Furnace is done utterly by the book, it also works by the book, delivering a tough, cathartic story straight, no chaser. And it may be that the script’s playsafe instinct, in the way it builds character and story, was intended to balance the risk inherent in the tone of that story: are US audiences ready to plumb the depths of recessionary gloom portrayed here, to wallow in post-industrial Springsteen settings without the uplift of the Boss’s music, just when things are (possibly) getting better? Hey, it’s a film: the answer will probably lie in what else is on that week, and how many dystopia-friendly viewers bereft by the end of Breaking Bad are on call on any given night. Outside of the US, the ‘been-there, seen-that’ nature of the plot could be a more serious issue.

We’re somewhere in the Pennsylvanian rustbelt – actually the town of Braddock, setting for the 1941 historical novel Out Of This Furnace from which the film takes its name, though not its story. Steelworker Russell Baze (Bale) is a good guy, tough but dependable, in a loving relationship with girlfriend Lena (Saldana). But Russell’s dad – also a steel man – is dying from some unspecified work-related illness, and his adored younger brother Rodney (a punchy, live-wire Affleck) is getting into the wrong kind of company while back home between tours of duty with the marines in Iraq – company like bar-owner, shady deal-broker and bare-knuckle fight impresario John Petty (Dafoe).

After paying off some of Rodney’s debts to Petty, Russell is involved in a drink-driving accident which lands him in the state penitentiary. Back on the outside, with his dad dead and Lena now shacked up with local police officer Wesley Barnes (Whitaker), Russell is shocked to discover that the war-traumatised Rodney – who refuses even to consider steel-mill work – has become a bare-knuckle boxer. Rodney’s reckless desire to prove himself leads him inexorably into the path of Appalachian backwoods psycho Harlan DeGroat (a magnificently malicious Woody Harrelson), whose bare-knuckle bouts make Petty’s look like high-school proms.

If many of its building blocks are clichéd – not least its Deliverance-style baddies – the film’s tense, tenebrous atmosphere feels real – because it enacts, in heightened dramatic terms, the frustrations of life in a steel town that’s winding down, and the crisis of male identity in a place where the dignity of work has been reduced to two guys beating the crap out of each other.  Parallels – not always subtle, but effective – are drawn between jail time and army service, or between the alchemy of the steel furnace and alchemy of the backwoods meth lab.

The twilight mood is reinforced by the elegaic sunset photography of cinematographer Masanobu Takayanagi (Warrior, Silver Linings Playbook) whose sensitive work here could attract some awards season recognition alongside the obvious nod for Bale’s intense performance. The music, courtesy of Winter’s Bone composer Dickon Hinchcliffe, alternates jangly guitar rock with violin, cello and banjo breaks, culminating in Eddie Vedder belting out a new version of the Pearl Jam song Release recorded especially for the film. It works – both emotionally, and, more cynically, in terms of the kind of male thirty-to-forty-something demographic Out Of The Furnace is mostly aimed at.