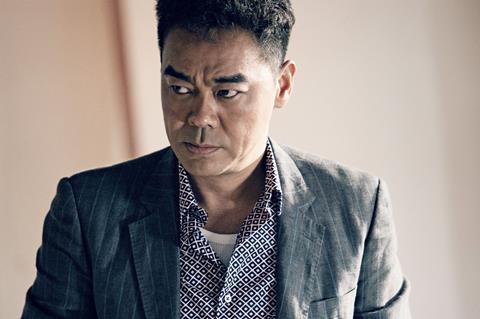 The third instalment of the successful Hong Kong surveillance/financial thriller franchise again employs the same big-name cast, but in entirely new roles. This time around writer-directors Alan Mak and Felix Chong target the controversial property syndicates of Hong Kong’s New Territories, but a relatively straightforward premise becomes increasingly convoluted in a web of deception and greed that too often mistakes confusion for genuine intrigue.

The central themes of loyalty, betrayal, greed and corruption are stronger than ever, but sparse characterisation across such a complex web of relationships makes it difficult to sympathise with anyone’s allegiances, particularly when they begin to shift.

Lau Ching Wan, Louis Koo and Daniel Wu return once again to headline a strong cast that should help draw large domestic audiences,as well as overseas interest to the film. But even with top-notch production values and a parade of outlandish hair and wardrobe choices, Mak and Chong’s overcooked screenplay slows to a crawl in the second half when it should be gearing up for a bloody, thrilling climax. Instead, Overheard 3 settles for a weak vehicular stand-off lifted wholesale from last year’s The White Storm, but the fireworks come too late to save the day.

Jau (Koo), sworn brother of the Luks, is fresh out of prison after losing five years, and his leg, when he killed a rival property owner in a staged DUI manslaughter charge. Secretly looking for revenge, Jau teams up with former cellmate Joe (Wu), a computer hacker and surveillance expert, in the hope of collapsing the Luk family operation. Tapping their phones, homes and offices, Jau and Joe soon learn the extent of the Luks’ misdeeds, and how everybody is double-crossing everyone else, be it for money, power or love.

Zhou Xun makes a notable addition to the otherwise largely familiar ensemble cast, impressively speaking her own Cantonese dialogue as Moon, the widow of Jau’s victim, who now rallies the elderly villagers to picket the construction sites when not running her modest restaurant. She spots a kindred spirit in Joe’s reclusive loner, but has also drawn the unwelcome advances of Keung, while Paul (Lam) is secretly having an affair with Fu’s wife (Crystal Huang in a blink-and-you’ll-miss-it appearance). To further complicate matters, Jau used to be involved with Yu, who is now paired with her father’s business partner, Wan.

Over the course of the film’s lengthy runtime, this already crowded and overlapping melange of characters only becomes more muddled and opaque, obscuring the film’s genuinely interesting elements with sub-par gangster posturing. Hong Kong’s historical land issues are laid down in simple, stylish fashion during the opening credits, explaining how the British Colonial rulers gifted land rights to the male heir of each indigenous family in Hong Kong’s largely undeveloped New Territories.

These “Ding Rights” have been fought over ever since, but Mak and Chong’s seem content to portray the victims as either vicious bandits or ill-educated hicks, while assuming their simple ways will win audience sympathy. This proves an impossible struggle, with Zhou’s Moon presented as the sole face of the common people, and all the real drama being squeezed from the betrayals and power plays coming from within the Luk family nest of vipers.

Overheard 3 becomes an increasingly difficult-to-follow and patience-testing exercise, a significant departure from the lightweight pleasures of the first Overheard, and the applaudably entertaining and accomplished second chapter. The surveillance aspect of the series remains prominent, but there is little explanation of how any of the tech works or is acquired. Cameras and wiretaps simply exist, to be used solely for exposition or blackmail, as well as occasional moments of humour.

The central themes of loyalty, betrayal, greed and corruption are stronger than ever, but sparse characterisation across such a complex web of relationships makes it difficult to sympathise with anyone’s allegiances, particularly when they begin to shift. The cast coast along on their natural screen presence and charisma, rather than anyone delivering a particularly standout performance. And with a budget reported to be more than that of both its predecessors combined, Overheard 3 presents a surprising lack of spectacle.

Man Lim Chung’s production design nevertheless emerges as the film’s strongest card, coupled with Anthony Pun Yiu Ming’s lush cinematography, which gives the film a luxurious, almost garish sheen. The diversity of the Hong Kong landscape is brought vividly to life, juxtaposing the rustic expanses of the outlying countryside with the ultra-modernity of the city centre expertly. Sadly the film’s visual vitality only makes the film’s leaden storytelling that much more obvious and harder to digest.