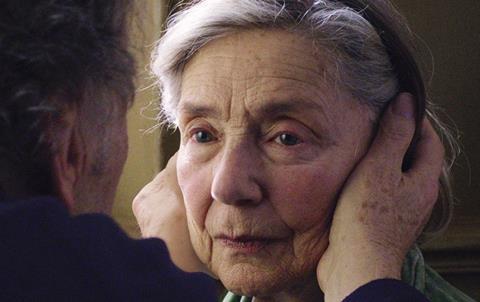 Riva, who had cancer, became the oldest woman to be Oscar-nominated in the best actress category for her performance in Michael Haneke’s 2012 drama Amour.

In the acclaimed feature, Riva plays an octegenarian music teacher who suffers a series of devastating strokes.

While the actress missed out on the Oscar to Jennifer Lawrence her performance garnered wins at the Céssar and Bafta awards.

She most recently performed in 2016 Icelandic thriller Alma, which is currently in post-production.