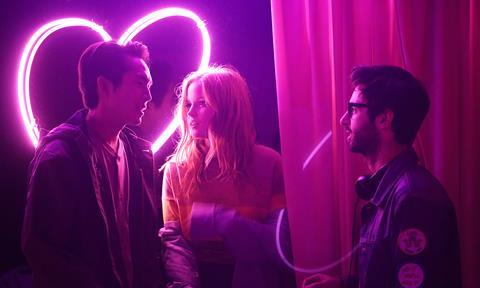 Shoot is underway on US drama Taipei, starring rising actors Justin Chon (Twilight), whose film Gook, which he directed and stars in, will premiere at the 2017 Sundance Film Festival, and Screen Star Of Tomorrow Ellie Bamber (Nocturnal Animals), recently cast in the upcoming Disney feature The Nutcracker And The Four Realms.

Based on the novel from Tao Lin, the film follows the unexpected, fast-blooming romance between Brooklyn writers Erin and Paul.

It tracks the pair through a spontaneous wedding, drug binges, all-night urban revels, and to Taiwan, the country of Paul’s birth, where the couple will confront their individual alienation.

Jason Lester wrote and is directing the film, which is his feature debut. Mark L. Lester and Jesy Odio are producing with Jeff Sackman and Berry Meyerowitz executive producing.

“Taipei is about love, alienation, loneliness, drugs, writing, technology – how we can exist and connect amidst all of the cultural detritus of the Internet age,” said director Lester. “I’m thrilled to be able to bring Tao Lin’s vision to the screen.”