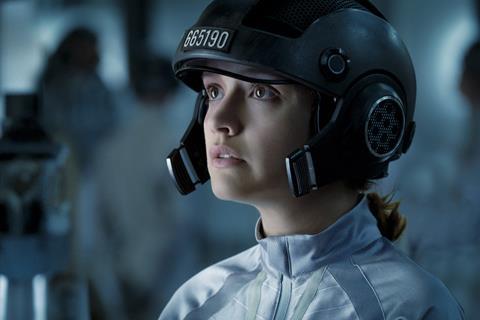 Pacific Rim: Uprising plummeted after its impressive opening last week, taking $41m worldwide over the first three days of what in many markets is the extended Easter holiday weekend.

Outside North America, Ready Player One notched up $127.5m from 35,600 screens in 62 territories, according to Warner Bros Pictures International (WBPI). It was the number one film across Europe, Asia and Latin America. The international tally included $19.1m from 1,216 IMAX screens in 64 markets.

In China, Spielberg’s latest opened at number one with an estimated $61.9m from 18,200 screens, WBPI’s highest debut gross ever in the market. WBPI said the opening was more than 50% up on those for Tomb Raider and Jumanji, though it was slightly behind last weekend’s opening tally for Pacific Rim: Uprising.

Ready Player One was the top foreign film in Korea (just behind a local title), with an estimated $7.9m from 624 screens.

In Brazil, Ready Player One was the top foreign film with an estimated $2.2m from 767 screens.

WB/MGM’s Tomb Raider took a confirmed $12.1m this weekend in 66 markets on around 11,800 screens, bringing the film’s international running total to $196.4m.

Last weekend’s top global performer Pacific Rim: Uprising managed only an estimated $9.1m over the three days of its second weekend in China, where it is released by Legendary East, bringing the action sequel’s total for the territory to $88.1m.

The action sequel opened at number two in Hong Kong with $1.7m from 55 locations and at number one in the Philippines with $906,000 from 190 locations.

Boss Baby, from DreamWorks Animation, dropped just 13% in its second weekend in Japan to $2.9m from 323 locations, for a market total of $16.8m.

The Post added $2.4m from 25 territories this weekend, bringing its international total to $35.2m. The Steven Spielberg drama opened in fifth place in Japan with $1.6m from 281 locations.

Peter Rabbit had another strong weekend, taking $32.1m from 11,700 screens in 55 markets through Sony Pictures Releasing International (SPRI), to boost its international total to $120.1m.

The animated/live action comedy launched in 17 new markets, led by the Netherlands, where it took $1m, and Belgium, where it took $790,000. SPRI said that for the comparable group of openings, Peter Rabbit beat Paddington by 30% and Paddington 2 by 48%.

Black Panther took another $8.2m this weekend, pushing its international total to $624.1m. Globally, the film’s $1.27bn total now puts it just outside the all time top ten.

A Wrinkle In Time added $4.8m this weekend, bringing its international total to $21.2m.

Baaghi 2, from Fox International Productions and FoxStar, opened with $14.1m from 3,748 screens in two markets, including $13.9m from India, where it was the top film and became the fifteenth biggest Bollywood opening of all time.

Opening in the UK, Wes Anderson’s animated The Isle of Dogs took $2.3m from 650 screens, an 11% bigger opening than Anderson’s The Fantastic Mr Fox.

The Greatest Showman added $2.1m from 980 screens in 17 markets, bringing its international total to $242m.

MGM and Paramount Pictures’ animated Sherlock Gnomes grossed $2.5m this weekend in 27 markets, for an international total of $8m.

The film opened in eight markets, including Mexico, which produced $1.1m from 740 locations, on a par with the opening of franchise predecessor Gnomeo And Juliet.