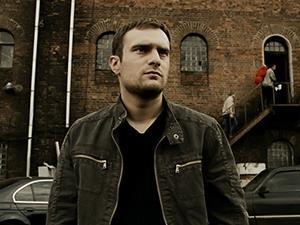 What can you say about a film without music that is set in the bleak industrial zone of an enervated Russian city in which glum adults say little and pass the time chain smoking? In the case of Reverse Motion, you can say that it is one of the most auspicious debuts by an art-house filmmaker in recent memory.

This unique film could find an audience in some specialised foreign markets if niche distributors are willing to rely on critic-driven campaigns.

Winner of the Silver Zenith for Best First Feature at the Montreal World Film Festival in September, this unnerving, strikingly photographed movie about the maternal bond and sibling rivalry withholds its energy, director Stempkovsky tucking it into off-camera actions, self-conscious framing, nearly empty spaces that reveal plenty of information, and the silences between utterances.

No blockbuster this, this unique film could find an audience in some specialised foreign markets if niche distributors are willing to rely on critic-driven campaigns. It is a sure bet on the festival circuit.

The potent opening sequence takes place in an unnamed battleground in what is referred to only as “an armed conflict zone,” but is most likely Chechnya. Snipers and mortars pick off Russian soldiers one by one, and recovery crews miss one that is almost fully buried in the dirt.

Back in a provincial town, a dowdy, distraught mother named Alya (Demidova) mopes in her home, her soldier son having been reported missing one month prior. She is consoled by her only friend, Lena (Gracheva), a trashy looking younger woman. They operate adjacent kiosks in a civilian no-man’s land, a pathetic, isolated patch of land next to a railroad track on which trains constantly zip by, rarely stopping in this economically depressed community. A measure of the area’s bleakness is that the most colourful objects are the bottled sodas and juices sold by the older woman and the billiard balls she sadly observes in the local pool hall while pining for her son.

It is uncertain whether Alya realises that Lena makes her living working with a gang of male thieves and people traffickers, but when an illegal preadolescent Uzbek boy, possibly mute, that the gang leader sends to help Lena is bullied by his co-workers, the bereaved woman not only hides him but uses him as a surrogate child to fill the emotional void. When her son (Abashin) miraculously reappears, it is anticlimactic: She has already so displaced her affection that almost nothing remains for her own flesh-and-blood. An unspoken rivalry ensues between the young males. Alya becomes torn between motherly obligation and irrational attachment.

The plot thickens and becomes much more energised once the gang members begin their search for the Uzbek, the single survivor of a group murder orchestrated by the criminals’ leader, who had learned the tools of his trade in the army. This leads to their kidnapping the boy and harming Alya, who now, like both her charges, bears wounds. It also provokes the otherwise goalless, war-weary son to adopt a cause: finding the kidnapped boy and vindicating his mother. As a series of chilling violent actions unfold, Stempkovsky seems to be indicating that ultimately, they are as pointless as the military intervention.