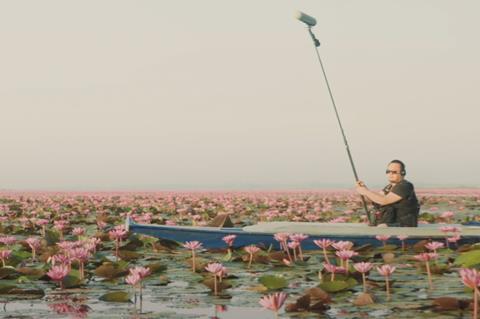 24 is the latest numerically-titled offering from Singaporean filmmaker Royston Tan, who clawed his way to international recognition with his visceral street-gang drama 15 (2003). Tan has not been particularly prolific of late in terms of features, with 24 being his first theatrical outing since his musical 3688 (2015). However, he has been busy working on such commissions as an advertising campaign for Visa, the interactive anti-drugs short High (2020), and a public-health video to keep Singapore citizens safe during the pandemic. 24 initially appears to share a creative kinship with Tan’s short-form projects in that it consists of twenty-four scenes of roughly three minutes in length, each shot in a different location or requiring a change in set dressing. Yet the consistent presence of a wandering soundman points to an overarching design while enabling Tan to seamlessly fuse meta elements with philosophical concerns.

Utterly delightful on a scene-by-scene basis

Receiving its world premiere at the Busan International Film Festival, 24 is the kind of aesthetically appealing personal piece which will effortlessly charm socially-distanced crowds. Specialty distributors will surely take note since it is not only laced with the local flavour that one expects from Tan but also profoundly universal. Given that the director explores his concept in a concise 77-minute running time, 24 could prove to be pure catnip for curious art-house audiences whether experienced theatrically or via streaming.

Over the subsequent twenty-three scenes, he appears in such varied environments as a forest, a cemetery, a theatre, a shop, a cinema, an apartment bathroom, a truck carrying migrant workers, and a temple, never directly interacting with those present. Although this travelling technician is mainly a passive observer or recordist, his visitations occasionally seem to be indirectly acknowledged. Could multiple temporal dimensions be in play?

Filmed over the course of three years in Singapore and Thailand, this is a spellbinding meditation on life and mortality which incorporates Tan’s trademark absurdist humour within a beguiling framework. He may only be in his mid-forties, but Tan has evidently entered a reflective period since 24 is full of callbacks to his career to date. When recording in a grubby underpass, the sound engineer picks up a vitriolic bullying incident occurring nearby which recalls the unflinching social commentary of 15, while Tan appears as himself and Xiao Li Yuan reprises his role from the director’s second feature 4:30 (2005). In some respects, 24 could be considered to be an abstract, and possibly rather premature, trip down memory lane.

However, any sense of self-indulgence is offset by Tan’s choice of Choong, his regular soundman, as the near-wordless protagonist. Clad in a nondescript ensemble of shorts and plain T-shirt, this unassuming collaborator is emblematic of the reliable, largely unsung crew members who strive to balance their challenging craft with personal responsibilities. Furthermore, Choong is a naturally endearing presence. Exuding a genial, deadpan quality, he provides genuinely disarming facial expressions whether amused by three drunken friends griping about the high cost of living or saddened to find a young man in the throes of unspecified emotional anguish.

Although a master plan is poignantly revealed, 24 is utterly delightful on a scene-by-scene basis as characters are vividly sketched through glimpses of life, work, and artistic pursuits. Almost entirely shot in fixed frames by cinematographer Juan Qi An, these scenes are beautifully staged and often enriched by the joyous colour seen in Tan’s flamboyant features 881 (2007), 12 Lotus (2008) and 3688. Appropriately for a film which focuses on a sound engineer, audio design by Rennie Gomes is top-notch with a solitary erhu practice and a transfixing diva-like performance by Singaporean singer Rebekah Sangeetha Dorai among the musical pleasures.