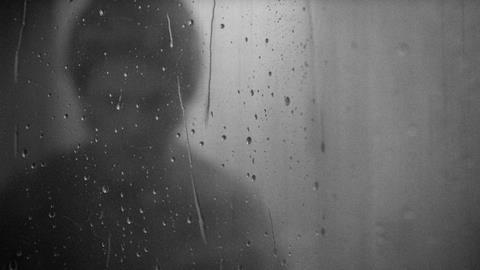 The title 78/52 tells you something, but only in film nerd code. It refers to the number of camera set-ups and the number of cuts in Psycho’s shower scene - a 45-second sequence which took director Alfred Hitchcock seven days to shoot. The tech-code title may not help the film find a mass audience, but the scene’s dissection should be a huge festival hit and a VOD smash among movie geeks.

The audience will still walk out of 78/52 screaming the original.

Alexandre O. Philippe brings the murder to a jury of Hitchcock’s heirs —  filmmakers, editors, composers and critics who take the film apart and voice their admiration. This includes everyone from the director Peter Bogdanovich to the editor Walter Murch to the composer Danny Elfman to Elijah Wood to Jamie Lee Curtis, the daughter of its star, Janet Leigh. Fortunately, wisecracks in the style of Mystery Theater 3000 temper the reverence, and Philippe’s tribute to Hollywood’s most famous stabbing is an archival feast.

No surprise, there are no revisionist Hitchcock haters in the mix. Yet reactions range as widely as the participants - we enjoy factoids about the first toilet ever shown in a feature and the painting that Anthony Perkins takes off the wall to peer at Janet Leigh, plus pronouncements on the film’s pivotal status in world history. Theories can get absurd. Was it mere coincidence that Leigh was stabbed to death just as Lucille Ball and Desi Arnaz were divorcing, or as the birth control pill was introduced?

Guillermo del Toro offers a succinct assessment: “[Hitchcock] has broken the covenant of filmmaker and audience, and the audience cannot wait to see more.”

More is certainly what Philippe gives us, and it’s more than vengeful movie nerds heaping on the trivia: 78/52 offers plenty of context. By the time Hitchcock made Psycho, he had released colour spectacles like North by Northwest, and he hosted a weekly TV show that framed fright and suspense with his signature wit. He portrayed pure evil in Joseph Cotton’s character in Shadow of a Doubt back in 1943. Nature would later go inexplicably haywire in The Birds (1963).

Psycho initially felt like a step backwards – in black and white, full of jump cuts. It was jolting that a female protagonist is killed off, nude, after only a third of the film has gone by. Naturally, the meta-thought of 78/52 offers plenty of feminist insight – “the first modern expression of the female body under assault,” we’re told. We hear of Hitchcock’s own attractions to his actresses, and mull the murder of a woman by a character who dresses as his mother.  Murder upstages Janet Leigh in Psycho, and women, who had top billing in the 1930’s, “by the time we got to the end of the 1950’s were secondary,” says Peter Bogdanovich, “and the movie says that.”

Being male didn’t mean he felt spared, said Bogdanovich, who saw Psycho on its opening day: “When I walked out into Times Square at noon, I felt I’d been raped.”

As with any enduring work of art, Psycho sustains contradicting interpretations that it represents a view of moral punishment, or that it presents an absolutely indifferent universe. Hitchcock quipped that it was all a joke. The shower scene also seems to have been parodied as many times as Edvard Munch’s The Scream, nothing if not the mark of a classic. 78/52 also eyes the film’s mechanics, as tech veterans review Saul Bass’s elaborate storyboards for the shower scene, which Martin Scorsese says he used for a fight scene in Raging Bull.

As for the blood in the shower scene, it was chocolate syrup (Hitchcock said red would have been too unbearable), and the showerhead was altered so the camera could look directly at it without being covered with water.

At the end of the scene, Janet Leigh did what any actor would do. She took a breath. Murch and others take us through Hitchcock’s solution to that problem, moving from cut to cut with the footage that he had. It’s a rare inside glimpse of how a cosmic moment is stitched together.

Sometimes the editing between archival footage and interviews in 78/52 can be jumpy, as if Philippe were overexcited about all the insights gushing out of his interviewees. Heavyish strings by composer Jon Hegel  lack the nimbleness of Bernard Herrmann’s unforgettable score.  The audience will still walk out of 78/52 screaming the original.