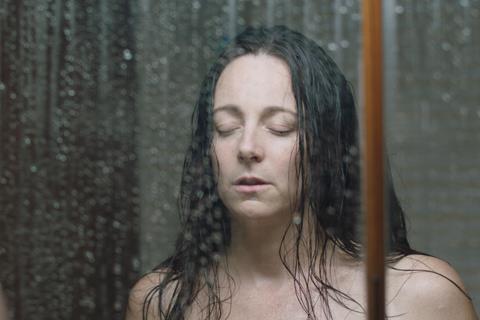 Argentinian drama A Common Crime may begin and end with funfair rides, but it’s no theme park entertainment. You could at a pinch call it a psychological thriller, with the emphasis on ‘psychological’, as the drama ruthlessly, meticulously unpicks the mindset of its heroine, and of her social class. Very much akin to Lucrecia Martel’s The Headless Woman, and using some cinematic techniques of alienation and misdirection that seem influenced by her style, this second fiction film by Francisco Márquez (following 2016’s The Long Night of Francisco Sanctis) similarly explores the stresses within the mind of a bourgeois character whose disconnection from the harsher realities of Argentinian society comes to a head most chillingly.

A Common Crime does not obviously present itself as a political drama, although at heart that’s what it clearly is

Directed with stylistic canniness and empathetic insight, the film features a superb, elusive, genuinely unnerving performance by Elisa Carricajo, and it should cause ripples with outlets that follow new Latin American cinema at its most searching.

Carricajo - who has previously worked with Matias Piñeiro, and recently appeared in Mariano Llinás’s experimental epic La Flor – plays a rare cinematic example of a female protagonist who is a hardcore intellectual, but also very rooted in daily reality. She is Cecilia, a woman separated from her partner, and busy looking after her young son Juan (a winning Ciro Coien Pardo) while pursuing a successful career as an economics lecturer. When we first see Cecilia, there’s nothing in the script to suggest any disorder, but the absent gaze and preoccupied manner evoked in Carricajo’s performance suggest a vulnerability at work here - and indeed, events prove that Cecilia’s distracted calm may be only too easily disrupted.

That disturbance comes one night, and involves Kevin (Eliot Otazo), the young adult son of Nebe (Mecha Martínez), a working-class woman who helps Cecilia with housework and childcare. When something terrible then happens to Kevin, revealing violent fault lines in Argentinian society, Cecilia seems to go into a state of distracted denial, and eventually a form of breakdown, stemming from the awareness that she has failed to intervene to avert a catastrophe.

The meaning of the title is never made explicit, but the suggestion is that the common crime at issue is the failure of the Argentinian bourgeoisie – and by extension, the economically secure of the world – to engage with the brutal social challenge of those outside the bubble of privilege. A Common Crime does not obviously present itself as a political drama, although at heart that’s what it clearly is, with Márquez’s director’s statement noting current abuses by Argentinian police towards its poorer working class citizens, and there is also oblique reference to a more widespread history of ‘disappearances’ under Argentina’s dictatorship of the 70s and 80s.

Astutely using complex film language, Marquéz creates a claustrophobic universe, shooting in Academy ratio - especially effective when Cecilia visits the labyrinthine working-class barrio where Nebe lives. The action also very much keeps Cecilia at centre frame throughout, often obscuring or excluding other figures from shot. Abel Tortorelli’s sound design is especially effective, isolating every creak and bump in Cecilia’s apartment (or are they in her head?). These and other stylistic touches cleverly suggest generic elements of the language of ghost stories, but without ever suggesting that we’re watching anything other than the drama of a woman’s battle with her own emotional or mental phantoms – or indeed, with the conscience of a society.