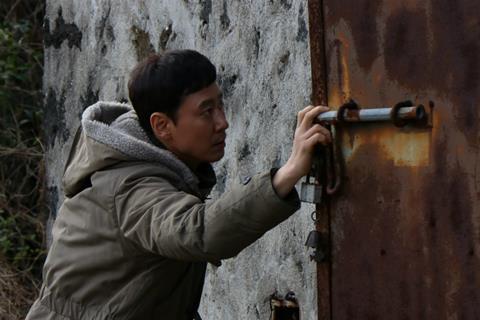 This languid drama starts with a nightmare: Moocheol (Kim Young-Pil) is pursued by hooded figures through a woodland dreamscape but, just at the point when they catch him, they turn into red balloons. Like much of the doggedly enigmatic film which follows, the opening sequence doesn’t lend itself to easy interpretation. In fact, audience members who make it to the end of the unwieldy running time may be forgiven for wondering when exactly the dream ended and reality began. A screenplay which favours characters talking endlessly and obliquely around the blurred edges of subjects and themes certainly doesn’t clarify matters.

There is a jarring lack of logic in the editing

It’s unlikely that this glum feature from Kim Youngnam will match the success of his 2005 debut, Don’t Look Back, which scored prizes at Locarno and Taipei film festivals. And although further festival bookings are not out of the question, the film may struggle to resonate outside of the domestic audience.

When the water purifier company he worked for hits financial difficulties, Moocheol decides to take stock of his life. He takes a trip back to the town he left decades before, spurred by the discovery a photograph of a former girlfriend to seek her out. But the town – a sullen sprawl of squat buildings, hunkered down against the winter – has changed radically since he was last there.

A school friend, now a cop who is conveniently placed to answer Moocheol’s slightly stalkery questions about women from his past, explains in detail that a real estate land grab has left many of the townsfolk resentfully licking their wounds. This is, it turns out, pretty much all anyone can talk about. But the numerous banal conversations about seafront property prices are interspersed with other, darker images. Moocheol follows a tip off and looks for the woman in a crumbling building under some looming pylons – inexplicably, he is knocked unconscious and has to stumble home in the dark. Another brief glimpse later on shows him tied up and beaten by thugs.

He is stopped on the street by a woman with whom he had an affair before he left for his military service. They spend a few hours chatting –  and then she disappears from the film. Another mysterious woman approaches him in a bar before attempting to steal a boat in a rainstorm. For a fairly unprepossessing bloke in a greige anorak, Moocheol seems to leave a trail of romantic devastation. But are all the women different? Or are they representations of Moocheol’s guilt at his failure to support his wife when she needed him? What is the significance of the wrecked boat which appears one day? What’s with all the balloons? The film studiously avoids answering these questions and more.

There is a jarring lack of logic in the editing, and not enough clues seeded in the story for it to add up to a satisfying puzzle. There is, however, a duck. That said, the basic facts of avian physiology would suggest that the grin, like so much else in the film, is the product of Moocheol’s mental breakdown.