A soulful, pensive character drama about a young Norwegian journalist coming to terms with trauma 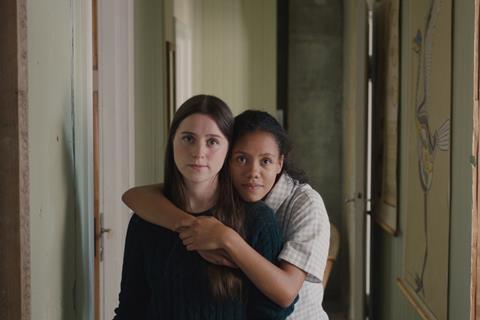 A pensive, sylph-like mood piece, lit in the wistful blues of the long Nordic summer nights, the second feature from Anders Emblem follows journalist Asta (Amalie Ibsen Jensen) as she pursues the story of an Afghan asylum seeker and, at the same time, comes to terms with her own unspoken recent trauma. At first glance, it is a delicate wisp of a thing, but the light touch of the storytelling doesn’t lessen its power. With its subtle visual rhythms and seeded symbolism, the film is, in its quiet way, a soulful and rather lovely portrait of a life gradually mending.

This is not a film which presents us with closure, more the opportunity to walk briefly alongside its characters on a journey

In the photogenic port town of Ålesund, on the west coast of Norway, this film shares a location with that of Emblem’s debut, Hurry Slowly, which won Best Narrative Feature at the Somerville International Film Festival. But the picture’s cinematic DNA can be traced from the kind of low key, intimate dramas which are traditionally a stalwart of the festival circuit. The muted pleasures of A Human Position, which screens in Jeonju following its world premiere in Tromso, are tailor-made for the kind of sophisticated audience which is attuned to its slow cinema pacing – an audience which is more likely to be found at film festivals than in the theatrical market.

There is an inertia to Asta when we first meet her. While her kitten brightly potters around the apartment, and, somewhere out of the frame, her girlfriend Live (Maria Agwumaro) hums to herself, Asta’s every movement is laboured, the effort of lifting the weight of sadness is at times too much for her.

After a leave of absence, she returns to her job at the local newspaper, covering a provincial beat that includes the cruise ship industry and protests against the property developers that threaten the town’s distinctive Art Nouveau architecture. Back at home, furniture restorer Live serenely works on an enviable collection of mid-century Scandinavian chairs. It is no accident that Live makes a living putting broken, beautiful things back together and giving them purpose once more. Stacked amid Live’s works in progress, Asta’s eye is repeatedly drawn to a Stokke baby seat, the first hint at the source of her engulfing melancholy. Nothing is overstated in the dynamic between them but there are perceptive, lived-in details that bring a persuasive warmth to the relationship. The way that Live, who spends her life lovingly sanding bent ply chairs, often prefers to sit on the floor and out of shot, her hand occasionally appearing into the frame to demand a slice of cheese and to coax Asta from her brooding introspection. The film’s framing is particularly elegant, favouring long static wide shots in which the tiny figure of Asta is frequently the only living person in sweeping deserted streets.

Like much in the film, the incident which draws Asta out of her grief is tangentially touched upon rather than fully explored. She is drawn to the story of an Afghan asylum seeker who is facing deportation. And although she never actually meets him, her research into his plight puts her own situation into a different light. This is not a film which presents us with closure, more the opportunity to walk briefly alongside its characters on a journey which, it suggests, is about to take a new direction.