'Based On A True Story': Cannes Review

Playing Out Of Competition, Polanski’s latest harks back to his early work. 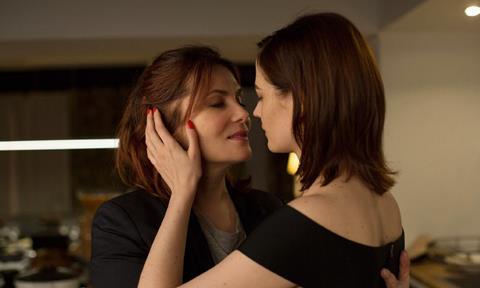 When French writer Delphine le Vigan published her book Based On A True Story in 2015, some critics dubbed it “a Hitchcockian novel”. It’s not surprising, then, that Roman Polanski’s adaptation is very Hitchcockian indeed – but also supremely Polanskian. In fact, while the veteran director’s films can sometimes seem detached and impersonal, that detachment comes across here very much as his signature style, in a film which discreetly – and sometimes not so discreetly - echoes other of his works, including Repulsion, Death And The Maiden and The Ghost Writer (which happens to be the occupation of a leading character).

Essentially a female two-hander, this hugely self-referential psychological melo-thriller is a teasing, tricksy, hugely entertaining, in some ways old-fashioned divertissement – although for ‘old-fashioned’, you could say classic, with a post-modern twist. At any rate, it features terrific cat-and-mouse lead performances by Eva Green, at her most snakily vampish, and the director’s perennial muse Emmanuelle Seigner, crackling with nerviness as a writer in search of inspiration, and finding a vein of far juicier material than she can handle.

The film is co-scripted by Olivier Assayas, making a rare foray outside his own oeuvre, although he’s previously written for André Téchiné. Heroine Delphine (Seigner) is first seen at a book fair, with eager fans queueing for her to sign her latest bestseller, a tell-all work about the breakdown of her mother (not unlike the book Le Vigan herself wrote before Based On…). Clearly exhausted and troubled, Delphine is about to leave, when another fan turns up, book and pen in hand: an enigmatic, glamorous, flagrantly sinister woman (Green) who announces herself as ‘Her’ for ‘Hermione’; in the French, it’s ‘Elle’ for ‘Elizabeth’, in the book just ‘L.’). Gradually, Her starts working herself into Delphine’s life, providing a sympathetic ear, making rather too insistent suggestions about the sort of book that Delphine should be writing, and gleaning more information from her than Delphine should really be providing, from personal confessions to passwords.

Before long, Her has not only moved into Delphine’s apartment, but organised her life and sequestered her from the outside world. Notably left in the cold is Delphine’s globe-trotting boyfriend (Vincent Perez), who’s forever flying off to interview the likes of Cormac McCarthy and Don DeLillo for his TV literary show (only in France). Meanwhile, Delphine is receiving anonymous messages attacking her for exploiting the lives of her nearest and dearest in print. Whoever could they be from?

The answer proves more elusive than you’d expect. This slippery tale isn’t entirely the home invasion thriller you might expect, but is also a metaphorical disquisition on the agonies of success, the guilt attendant on personal exposure, and the day-to-day problems of fame, not least in the way it gobbles up valuable creative time (you might see it partly as Polanski’s own cri de coeur about the downside of being public property). Based On… might not, at first sight, seem hugely original. The faintly sapphic doppelgänger premise is pure Single White Female, the potentially murderous dynamics between writer and fan are straight out of Misery, and – not to give too much away – you might pick up tantalising scents of a certain David Fincher film.

But Polanski and the supremely genre-savvy Assayas know exactly what they’re doing, and whenever you think you’ve seen it all before, you realise they’re actually doing something else entirely – the film is an expertly navigated maze of misdirection. Elegantly mounted to a fault, with Jean Rabasse’s design perfectly capturing Delphine’s pampered literary milieu, the film is a triumph above all for its two leads. Seigner unravels expertly, in a way that often throws vanity to the wind, while Green offers a career best – self-mockingly pushing her creature-of-the-night femme-fatality to sometimes comic extremes, but with a subtlety and elusiveness that are rivetingly watchable.