'Before We Vanish': Cannes Review 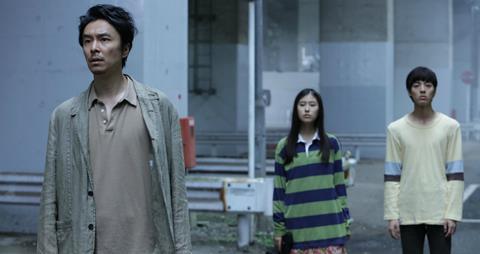 Alien body snatchers terrify a small Japanese community with in-depth conceptual discourse in this underpowered adaptation of a sci fi stage play. The sparks of dark humour within this awkwardly paced and overlong drama are not enough to sustain audience interest until the film’s laboured conclusion. There are shades of John Carpenter — albeit heavily sedated — in the premise and approach, but the film lacks the internal logic and allegorical potency required to break out much beyond its domestic audience.

The knowingly prosaic production design is a wry counterpoint to the film’s high concept.

The latest film on the wildly diverse CV of Kiyoshi Kurosawa, this picture will likely play best with audiences with a relationship to the director’s previous work or a connection to Tomohiro Maekawa’s source novel. It could also be of interest to programmers of genre and science fiction-oriented festivals and events following its Un Certain Regard premiere. The overstretched running time will be the major hurdle facing distributors hoping to release the film theatrically. (It will be released in its native Japan by Nikkatsu in September.)

A promising opening sequence follows the journey of a goldfish in a plastic bag from a pet shop to its new home. An ominously Hitchcockian score suggests that all is not what it seems, a idea that is backed up by a shot of a panicking granny being hauled by her ankles through the door and back into the house. Inside, surveying the carnage dispassionately, is a schoolgirl. She glances at the blood on her hands with interest. And then licks it.

Elsewhere in town, Narumi (Masami Nagasawa) visits her husband Shinji (Ryuhei Matsuda) in hospital; his dislocated movements, blank expression and fragmented memory leads the doctor to suggest that Shinji might have a brain disorder. His best hope is care at home from his loving wife. Narumi grits her teeth; she and Shinji have long been separated, but it seems churlish to point it out now that her husband has no recollection of the infidelity which ended the marriage.

At the same time, Sakurai (Hiroki Hasegawa), a journalist reporting on the murders in the opening sequence, is approached by a curious young man. Amano (Mahiro Takasugi) asks him to be his ‘guide’, casually dropping into the conversation that he is part of an alien advance party, sent to gather knowledge about humanity before the invading forces wipe it out. They have mastered language, but have to parasitically suck the meanings of words from the brains of unwitting humans. And once a concept has been taken, it is lost to its human owner forever.

There are a few basic problem with this device. Why, given the aliens’ avowed intent to invade earth and wipe out humanity, would they go to the trouble of wrestling with the finer points of semantics? Why, if Sakurai is a reporter, does he never ask any questions? And why does he go along with Amano and killer schoolgirl Akira, seemingly unfazed by their plans to destroy the human race?

Technically, it’s a solid enough production. An atmospheric score, featuring lots of querulous woodwind, boosts tension. And the knowingly prosaic production design is a wry counterpoint to the film’s high concept. That said, the ropey special effects and platitude-heavy climax mean that the film goes out with a whimper rather than a bang.