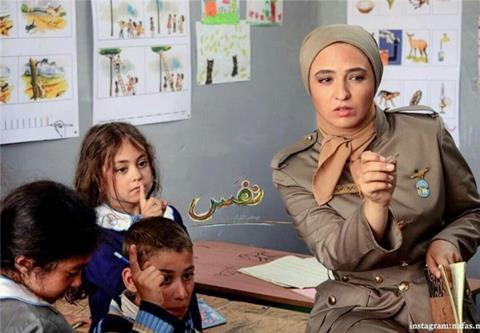 A child’s eye view of the Iran Iraq conflict reminds us of the fragility of hopes and ambitions in the face of war. Adapted by director Narges Abyar from her own novel, this is an affecting scrapbook of moments from a little girl’s life which openly mourns the loss of dreams and potential which are lost with the child victims of conflict.

Handsomely shot, with a lightness of touch, this is a watchable and affecting picture

An impressive central performance from the appealing child actor Sareh Nour Mousavi and a richly realised sense of time and place make this Iranian drama a strong prospect for further festival berths. Handsomely shot, with a lightness of touch which filters the grim realities of poverty and war through a child’s innate optimism, this is a watchable and affecting picture which could enjoy some arthouse success.

The story opens in 1977. Bahar (Mousavi) lives with her three siblings, her asthmatic father and her cantankerous granny in a half built house on the impoverished fringes of Karaj. Bahar is nicknamed ‘Scruffy’ for her unkempt hair but, in the narration which provides the central framework for this episodic album of intimate snapshots, Bahar confides that she is too busy to brush her hair, preferring to read the books she borrows from her uncle. Some of them, with titles like ‘Human Sellers of the Twentieth Century’ are perhaps not the most appropriate reading matter for a girl of her age.

A bright child, she is at the top of her class. Her kindly female teacher, noticing her disintegrating shoes, buys her a cheerful pair of wellington boots as a reward. The teacher’s tearful last day, later in the film, is one of the first hints of the fundamental changes that are poised to sweep the country.

A bookworm with a vivid imagination, Bahar is given to fantasies in which she becomes an asthma doctor to treat her father, or takes the central role in reveries based on whichever book she is reading. These are evoked with charming 2D animation segments which have the naïve quality of children’s drawings.

While Bahar’s father Ghafoor (Mehran Ahmadi) is a loving presence in her life, her grandmother is a sour-faced tyrant. Actress Pantea Panahi Ha exaggerates the performance, playing up the humour in the granny’s tend to curse the children, wish death upon them and beat them for minor misdemeanours. “Granny’s beating is cool. Whoever doesn’t get it is a fool,” she chants in response to Ghafoor’s mild recrimination. It’s a humour which doesn’t always translate especially well, particularly since the children’s distress appears genuine rather than feigned.

Pivotal historical events are seen through Bahar’s eyes; she attributes equal importance to the street celebrations which erupt after the exile of the Shah as she does to the family’s visits to her relatives in Yazd. The agile camera, shooting largely from Bahar’s height and point of view, takes on a jittery urgency in the thronging crowd scenes.

This is not a film which flows easily. Yet the slightly disjointed structure makes sense when we are reminded that it is a child’s voice and a child’s flighty attention span which powers the storytelling.