'Childhood Of A Leader': Review 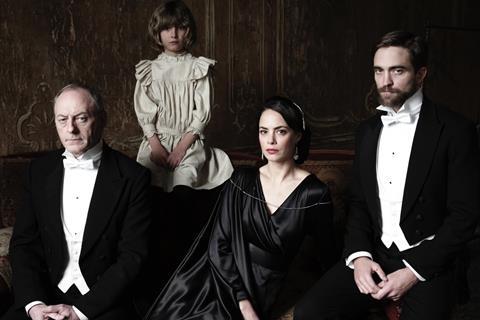 Like nothing you’ve quite seen before, US actor-editor-scriptwriter Brady Corbet’s directorial debut is a historical psychodrama, or perhaps a drama of historical psychoanalysis, which draws a study of the rise of fascism out of a wilful young boy’s tantrums and power struggles. Set against the background of the 1919 Paris peace conference that led to the Treaty of Versailles, The Childhood Of A Leader is as relentlessly sombre and compelling as the film’s remarkable, full-volume orchestral soundtrack by musician’s musician Scott Walker.

Is Prescott the Germany that will come, wincing from imagined wrongs inflicted on him by the censorious, vindictive grown-ups of Europe?

Sure, there’s something of The White Ribbon in the film’s yoking together of the devious mind of an apparently angelic child and Europe’s swerve into totalitarianism. There are also echoes of The Remains of the Day here, in the way the upstairs-downstairs life of a big country house becomes caught up in the secret diplomatic deals that are being hammered out there. But though it shares something of Haneke’s dispassionate view of human nature, The Childhood of a Leader is in no way derivative. Dominated by dread, veering into arthouse horror at points, this compulsively dark story takes no prisoners. Perhaps Robert Pattinson’s four brief appearances in the film will trick a few teenage girls into buying a ticket; if so, they’d better be prepared for an uncompromisingly grown-up, intelligent, allusive cineaste experience.

Accompanying the terse, retro credits, a montage of archive World War I footage leads into the first of three chapters into which the film is divided: “The First Tantrum: A sign of things to come”. It’s just the kind of device and wording Lars Von Trier might have used, but if there are echoes of the Danish auteur here they reach us from early works like Europa or The Kingdom. Once Walker’s modern Gotterdammerung score has been muted to give the story some breathing space, we meet the angelic boy – only much later identified as ‘Prescott’ – whose story this is. Ten-year-old Londoner Tom Sweet, here in his first screen performance, is chillingly brilliant, a menacing Little Lord Fauntleroy with a head of long blonde locks and an impassive expression.

Prescott is living in France with his devoutly religious German-born mother (Berenice Bejo) and clubbable American diplomat father (Liam Cunningham), who has been sent over as part of President Wilson’s negotiating team for the Paris talks. They live in a country town, in a crumbling chateau that has seen better days. Dad spends much of his time in the city, leaving his son with mum and the servants – who include Prescott’s attractive young French teacher Ada (Stacy Martin).

Things go awry from the start when for no apparent reason, Prescott throws stones at the congregation outside the rural church where he’s been rehearsing a Nativity play with the local children. His mother orders him to apologise to the priest, who suggests he should apologise to the whole congregation – the first of a series of power struggles between mother and son which will escalate in the course of the film. The backdrop is a wintry farming country, all icy tracks and bare trees, and the sepia penumbra of the chateau, which, we learn, was decorated by Prescott’s Muslim, textile-merchant uncle.

Tightly corseted, Bejo’s mother seems just a little repressed and awkward at first, but soon we realise there’s some deeper weirdness about her, some more profound damage. A visit from a friend of the family, Charlie (Pattinson), a reporter who was in Germany during or possibly just after the war, bristles with unanswered questions. Has the mother been having an affair with him? Is the father carrying on with Ada, the French teacher? Our point of view is not quite that of Prescott, but we share his frustration at sensing things just beyond his reach. He is the disruptive imp, coming downstairs half-naked after one of the delegates at some hush-hush side talks his father hosts at the chateau calls him a “lovely little girl”, then refusing to eat after his mother sends him to his room. Is he the Germany that will come, wincing from imagined wrongs inflicted on him by the censorious, vindictive grown-ups of Europe? Or just your average smart, stubborn little boy with sociopathic tendencies?

A striking, impressionistically filmed final sequence set some time in the future doesn’t so much answer these questions as pose new ones. Here Walker’s full orchestral soundtrack rises to a deafening pitch, mixing brass punches and string-section yelps into its driving, jackboot march. In combination with British DoP Lol Crawley’s atmospheric 35mm photography and Corbet’s assured direction of an excellent cast, it makes for an edgy, poetic mix with the dramatic potency of a good nightmare.