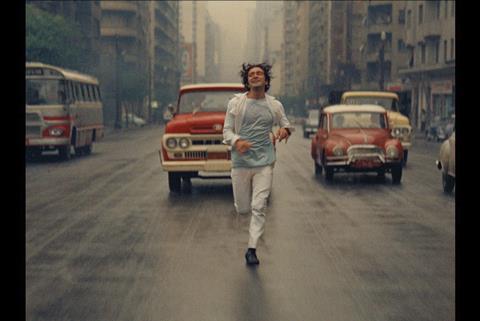 The process of chronicling a film movement is the same as creating one; something that Eryk Rocha understands. If ever a filmmaker was destined to compile a love letter to the new wave of cinema that swept through Latin American in the 1960s and 1970s, it’s the son of Cinema Novo co-founder Glauber Rocha. And if ever a first-time movie-essayist appreciated the value of using his subject and its guiding forces as a mechanism to explain it, it’s also him, drawing not only upon his personal connection, but his background in both factual (Rocha Que Voa and Jards) and fictional (Transeunte) efforts.

Rocha truly endeavours to capture the spirit and substance of a genre that swept a nation five decades ago.

Indeed, his latest documentary doesn’t just take the name of the style of Brazilian film it documents for descriptive purposes; it truly endeavours to capture the spirit and substance of a genre that swept a nation five decades ago. The result might be the type of offering made in the editing suite, with ample kudos merited by Renato Vallone, but it’s also 96 minutes of cinematic immersion. For those who couldn’t be there to experience it for themselves, this really is the next best thing. If only all primers on important chapters in film history could be this evocative.

Even the on-screen text that precedes Cinema Novo attempts to usher the audience into the requisite mindset. “It was an era where art, utopia and revolution walked together, an adventure of creation, friendship and non-conformism that presented new images of Brazil to the world,” the feature announces, then tries to validate such florid language via a deftly edited assemblage of movie excerpts and interview footage.

With cine-essays a narrow field, comparisons will be made to Chris Marker’s poetic combinations of image and sound, as well as Mark Cousins’ method of dissecting film theory, and they’re warranted. Given the specific scope of Rocha’s effort, however, it may not enjoy the same level of interest as its obvious precursors, though it deserves to.

Cinema Novo is a creation of fragments and segments, the former expertly excised from the works of or discussions with the elder Rocha and his contemporaries — including Nelson Pereira do Santos, Leon Hirszman, Joaquim Pedro de Andrade, Ruy Guerra, Walter Lima Jr. and Paulo César Saraceni — and the later corralling those clips into thematically aligned sequences.

While the film starts with the features created during the period, before segueing to their makers and then rhythmically seesawing between the two, both remain equally fascinating. Why simply see the examples or hear the explanations when you can combine the two, the younger Rocha asks. And why stop at that when you can fashion them into their own pseudo-addition to the fold?

Information-wise it makes for a rich viewing experience, stepping through Cinema Novo’s origins as an antidote to popular movies of the time, detailing the political and human motivations to make films that depicted the true state of the nation, and exploring both the success and the difficulties that sprung up along the way. Though the tale itself, and many of the features used, prove reminiscent of Russian revolutionary cinema, Italian neorealism and the French Nouvelle Vague, they simply reflect the real inspirations and common impetuses behind the Brazilian directors’ efforts.

All that’s missing is context, identifying the sources behind the wealth of footage littered throughout — but, unnamed and interwoven, they’re certainly effective in conveying and recreating the mood of the movement. That said, culminating with end credits from films glimpsed along the way, naming directors seen and heard on screen, is a perfect finishing touch.