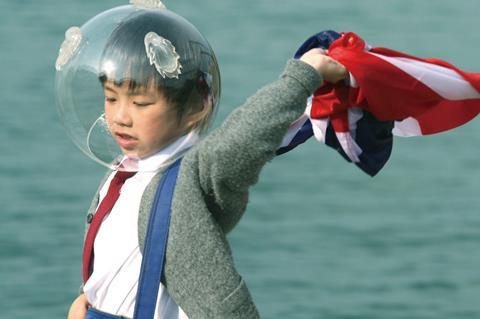 Alex Law and Mabel Cheung change roles for this bittersweet family saga which mixes nostalgia for the Hong Kong of 1969 with reflections on the transience of life, fortune and happiness. Normally the producer (and occasionally writer) of his partner’s Hong Kong melodramas, Law here takes the director’s chair, with Leung producing, to tell a story of two brothers that is clearly close to his heart.

There’s a lot of affection, humanity and humour here and the most winning aspect of the film is its portrayal of a long-married couple dealing together with life’s slings and arrows

One good reason to see Echoes Of The Rainbow is its larger than life child lead Buzz Chung, who lights up every scene he’s in. Still, for all the real emotions that this weepie evokes it may be challenged to move outside the Far Eastern arena, being a little too soft-edged for the international arthouse.

Chung plays Big Ears, a scamp of an eight-year-old who would rather wander around Hong Kong with a fishbowl on his head pretending to be an astronaut than do his homework. His father (Yam, impressive) is a cobbler, just about holding down a living in the poor suburban street where the family lives; his mother (Ng) helps out in the shop and keeps Big Ears in line with dark impromptu truths such as “writing with both hands will make your pee-stream split”.

Older brother Desmond (teen heart-throb Aarif Lee) attends a good British-run school (the same Diocesan Boys’ School that the director attended) where he is an athletics champion, not to mention a thoroughly nice guy. Though he sometimes bickers with his little brother, deep down they’re the best of friends.

Desmond starts an innocent courtship with fresh-flaced Flora – introduced with the sort of slo-mo montage that Hollywood threw out of its tool cupboard years ago. Business picks up and slows down. Crown Colony copper “Uncle” Brian passes by the shop every now and then to pick up his protection money. Naughty Big Ears keeps getting sent to stand with his nose against the blackboard by his exasperated teacher, and all is more or less well with the world – until tragedy strikes around two-thirds of the way in, and the story veers towards its lump-in-the-throat ending.

There’s a lot of affection, humanity and humour in the script and the performances here. Towards the end the pace starts to drag a little – this is an exercise that perhaps could have worked better at 90 minutes. But the most winning aspect of the film, in the end, could be its portrayal of a long-married couple dealing together with life’s slings and arrows.