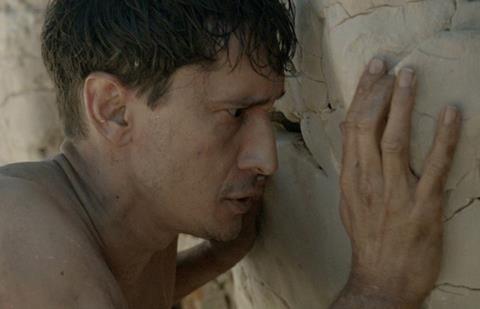 Our current geopolitical mindset, dominated by fear, suspicion and the threat of violence, but also by a numbing sense of detachment and anomie, becomes an artsy, self-indulgent, obscurantist feature-length dream-sequence thriller in Dutch auteur David Verbeek’s latest film.

Evocative tableaux are not enough to give meaning to a film that, in the end, seems as lost as its central character

Full Contact is ostensibly about a Nevada-based drone pilot, played by dishy French leading man Gregoire Colin, and the stabs of conscience that follow a botched missile strike he is ordered to carry out. But though the film initially recalls more commercial takes on the theme of pilots who eliminate suspected terrorist targets from thousands of miles away, like Good Kill or the more recent Eye In The Sky, Full Contact soon becomes a very different beast, a delve into a wounded psyche that mixes up Gus, Fight Club and Mulholland Drive. It does so in an impressionistically edited mosaic of scenes that become ever more baffling on a narrative level while maintaining the exquisitely poised veneer of a high-class pop video.

In one way it’s intriguing, this wrong-footing of the audience, which is forced to rethink the story of one drone pilot’s guilt trip, and apply it to the messed-up state of Things In General. What’s lacking is a sense of control. In comparison with the post-colonial ballet Beau Travail – a reference here not only because of Colin’s prominent role in both films – Full Contact feels like a post-modern mash-up, a cineaste’s style exercise. After its Toronto premiere and Rome festival competition slot, Verbeek’s latest looks likely to be confined to the more airless upper reaches of the arthouse market.

At first viewers are plunded into a world that could almost be real, a military base in the Nevada desert where a squadron of drone pilots carry out long-distance strikes from a scatter of container huts. But even here there are signs of dream displacement – the containers are a little too randomly placed in the rugged landscape; commanding officers appear largely as voices off; and it’s never explained what French airman Ivan (Colin) is doing here among his US colleagues.

The scenes that take us into the video game world of the drone pilot are among the best in the film: tense and unsettling, they suggest just how much guesswork (and therefore error) lies behind the due process and the chain of command that unspool – in terse, coded on-screen chats – as the pilot’s thumb hovers over the strike button. Less imaginative is a subplot involving stripper Cindy (Brochere), who takes a shine to the taciturn Ivan, despite (or because of?) his admission that he suffers from impotence. You only have to scratch a little to expose the kind-hooker-and-lonely-misfit-hero clichés.

Soon enough, however, we’re looking back fondly on such comfortable narrative anchors. Following a strike on a supposed Al Qaeda hideout that turns out to be an Islamic boarding school, Ivan goes AWOL from the base, and the audience, wandering a barren rocky sea coast clothed only in scraps of plastic, foraging for food, taking up with a dog whose eyes shine wolflike in the dark. Later he stumbles on the building he had bombed earlier; it’s intact, as are its inhabitants, including chief terrorist subject Al Zaim (Dazi) – but Ivan has a Kalashnikov, and he’s in a murdering mood. Next he’s in France, working in an airport luggage bay. As irrepressible as South Park’s Kenny, Al Zaim pops up again, this time as the sinister manager of a boxing club where Ivan signs up for punishment; Cindy’s here too, but now she’s French, and works with Ivan trying to reunite lost suitcases with their owners.

Along the meandering way, there are some striking images – the dog’s eyes gleaming through campfire smoke; a transparent plastic strip curtain blowing in the wind, distorting Ivan’s vision of the world outside the luggage bay; the Edward Weston rockscape of his days in the wilderness. But evocative tableaux are not enough to give meaning to a film that, in the end, seems as lost as its central character.