Five years in the life of Gabi, a Swedish adolescent who struggles to identify as either male or female 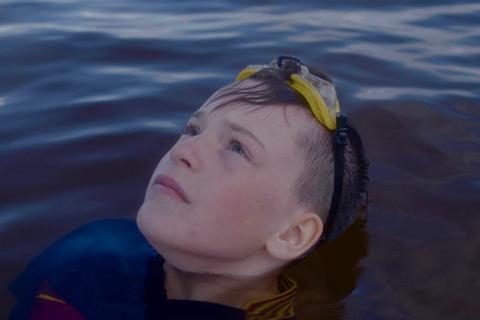 Engeli Broberg’s captivating coming-of-age documentary records the formative years of a child who does not comfortably identify as female or male. Gabi, Between Ages 8 and 13, offers an intimate portrait of the child’s attempt to just be herself through changing family circumstances and the challenges of everyday living. This warmhearted human story holds broad appeal for audiences and festival programmers alike.

Gabi emerges as a smart, sympathetic and wholly engaging presence

There is an obvious echo of Richard Linklater’s Boyhood in Gabi, as we witness a child grow before our eyes over a five-year period. Gabi has the feel of both documentary and drama as we are drawn into the story of this individual and her family through intimate observation and a feel for the revolving seasons and annual celebrations. Tommy Olsson’s lyrical cinematography is finely balanced between the comforting interiors of Gabi’s domestic life and the snowy wastes and sparkling lakes of the great outdoors.

We first see Gabi at the age of 13, burying a letter addressed to her future self. She offers a selection of advice including the encouragement to “be yourself even if you are different from other people”.

The focus then moves to five years earlier when Gabriella was a bright, curious eight year-old already convinced of the pointless distinctions that society makes between boys stuff and girls stuff. She adores football, Lego, her PlayStation and makes an occassional stab at baking. She lives in Stockholm with her British mother Tracy and Tracy’s Swedish partner Thomas. The absence of her Italian father Paolo (whom she has never met) tugs throughout the film.

We never know what prompted Broberg to start filming Gabi but this is a big story compiled from the little moments of her life. Eloquent and introspective, Gabi feels like a loner, an outsider. The camera becomes something of a confidante as its constant presence encourages Gabi to vocalise her concerns. Over the five years she is faced with an enormous number of life-changing events as the family grows to include two baby brothers, there is a move north from Stockholm (and her good and loyal friend Henry) to Mora in Dalarna and a new school where the pupils are less friendly or accepting. Every fresh challenge seems designed to push Gabi towards greater self-sufficiency and more contemplation as to where she fits in.

The sense of her identity is outwardly marked by haircuts and attire. Gabi constantly seeks to have her hair cut shorter. “I want Robin van Persie’s haircut,” she laments. “I got Emma Watson’s hair.” She refuses to wear a dress to Tracy and Thomas’s wedding, and has a wardrobe of hoodies, shorts and t-shirts rather than anything more traditionally feminine.

Tracy and Thomas appear relaxed and understanding of Gabi, but there is no real sense of how they feel about her decisions. This is very much Gabi’s story and one that grows richer and more complex with the onset of puberty, the looming possibility of her first period and the pressure of classmates starting to explore relationships. We see the 13-year-old Gabi watching YouTube stories of people who have transitioned and we are informed of a government proposal that children should be allowed to change their legal gender from the age of 12.

Gabi, Between Ages 8 and 13 offers a personal insight into a range of issues around gender, identity and belonging. Under close scrutiny, Gabi emerges as a smart, sympathetic and wholly engaging presence facing a future in which you can only endorse her own wish to continuing being true to herself.