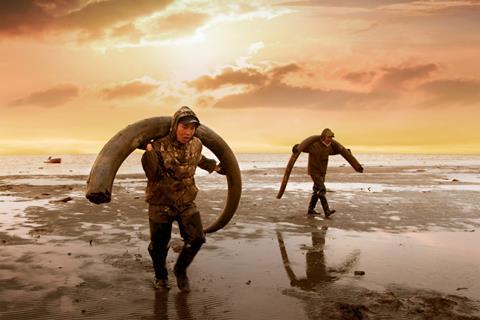 Every year, in the inhospitable New Siberian Islands, a hardy band of latter day prospectors arrive to grub through the melting permafrost in search of mammoth tusks. Meanwhile, pioneer scientists on humanity’s new frontier, ‘synthetic biology’, dream of resurrecting the long-extinct mammoth, cloning it from flash-frozen genetic material chiselled out of the Siberian ice. The latest film from Oscar-nominated documentarian Christian Frei (War Photographer) explores this hinterland between the scientific and the mythic; a fascinating, sometimes frightening film which, like its subjects, is perhaps a little too ambitious for its own good.

A wistful score adds to the sense of wonder and foreboding

Following its premiere in Sundance, Genesis 2.0 should, however, see further festival interest. And despite an initially esoteric approach – the film opens with a female voice intoning a passage from a Yakutian epic tale – the film’s talking point subject matter and striking cinematography should ensure interest both from broadcasters and perhaps specialist documentary distributors. The main marketing challenges will be a slightly overlong running time and a central thesis which, while not quite as elusive as a perfectly-preserved mammoth tusk, certainly takes some excavating.

The overarching theme is humanity’s reckless courage – as such it’s a picture which finds its closest parallels in the films of Werner Herzog. One interviewee points out that only humans as a species are daring enough to look at the endless expanse of an ocean and set sail, with no idea of what – if anything – they will find. And the characters in this film are all on their own voyages of discovery.

The tusk hunters gamble with their lives – several fail to return each year – in the hope of finding the class A example which they can sell for upwards of $45,000. It’s enough money to transform life for a family in northern Siberia. But top class tusks are rare, and many hunters endure the biting cold and bone-seeping damp for a more meagre return.

The scientists boast of the benefits to mankind which could come from ‘taking control of evolution’, but concede that the area of research is in its early stages. (“If we work together, we can make God perfect,” says one scientist brightly, apparently unaware of how utterly terrifying he sounds.) And the filmmakers – through their email correspondence, Frei and his co-director Maxim Arbugaev also become characters in the story – wrestle with their quest to shape a coherent picture out of all the disparate elements.

Perhaps the closest the film has to central characters are tusk hunter Peter Grigoriev and his brother Semyon Grigoriev, an academic and the director of the Mammoth Museum, in Yakutsk, Siberia. Semyon in particular neatly manifests the contradictions that swirl around the study of the mammoth. He can switch from discussing cell cultures to the ‘curse’ that afflicts anyone who disturbs the carcass of a mammoth. He admits that, when confronted with the long-frozen flesh of a well-preserved specimen, he couldn’t resist giving it a nibble. “I am the only man to have tasted raw mammoth meat.”

A wistful score which uses music by Max Richter and Eduard Artemyev adds to the sense of wonder and foreboding. And the cinematography strikingly captures the contrasting locations, in particular, the leaden skies and sullen mystery of the arctic New Siberian Islands and the futuristic headquarters of China’s National Gene bank, where ‘life becomes data.’