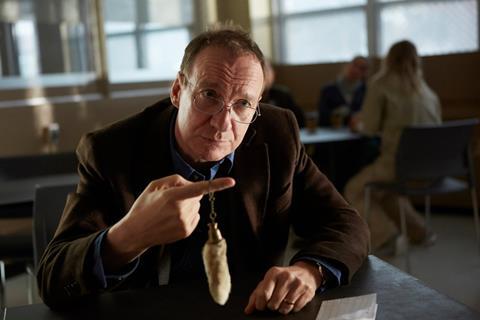 Melodramatic plot twists have always been central to Canadian-Armenian director Atom Egoyan’s style. More than method, they’re part of a worldview in which everything is somehow tied together by knots of fate. But in the father-daughter drama Guest of Honour, Egoyan is so impatient to cut through to the emotional truth that he asks us to take on board a series of lazy contrivances that will test even the most forgiving viewer. That’s a shame, as there’s a lot to like about a film which features a beautifully nuanced performance by David Thewlis as a health inspector with issues and a fine modern classical soundtrack by longtime Egoyan collaborator Mychael Danna.

If its plot is heavy-handed, the same is not true of the fluid way in which the film teases out themes that connect father and daughter

Egoyan’s last, the 2015 Holocaust revenge yarn Remember, also had its share of implausible story shifts, there ascribable to scriptwriter Benjamin August. But that was somehow a bigger tale rooted (albeit questionably) in historical fact, and one where much of the enjoyment lay in watching the wheels of the plot whirr through to the sucker-punch ending. Guest of Honour is a more intimate and fragile film about family members, the stories they make up about each other, and the way they bond and fracture. Hearing the gears of the plot crunch away in the background drowns out, at least in part, the delicate touch of its central rapport. As a result, this could well turn out to be a low to middling box-office prospect for the director compared to mid ‘90s titles like Exotica or The Sweet Hereafter.

If its plot is heavy-handed, the same is not true of the fluid way in which the film teases out themes that connect father and daughter on so many levels. David Thewlis’ Jim seems to be a rather petty man at first, a health inspector who travels from restaurant to restaurant looking in fridges, bathrooms and storerooms for evidence of hygiene infractions, not hesitating to close struggling family business down when they transgress. His daughter Veronica (Laysla De Oliveira, bringing a fiery intensity to the role) is a gifted composer who has, or had, a job as a high-school music teacher.

‘Had’ because Guest Of Honour is a film that plays out over at least four deftly-woven timescales – Veronica’s childhood, her teaching years, a spell in prison, and the day when, after her father’s death, she approaches a local priest, Father Greg (Luke Wilson), to ask him to give a funeral oration for a man he (apparently) never knew. An autumnal palette connect all of these narrative time zones, sometimes glowing gold but also turning wintry at times; a visual enactment of the film’s elegiac mood.

The conversation between Veronica and young, modern Father Greg in the latter’s chintzy church reception room frames the action, but also acts a therapy session in which the daughter begins to connect with and understand her father in new ways. Along the way we find out why she did prison time, and wanted to do more of it (in this strand, those plot gears really need oiling) and we also follow Jim as he drives around Hamilton, Ontario, doing his job, wafting into dining establishments like a bad smell.

Far removed from the melodrama, these are some of the film’s most absorbing scenes, throwing refractory sidelights on the character of a man who is a conflicted authoritarian, by no means oblivious to the ruin to restaurants’ balance sheets and reputations that he can decree with the flourish of a pen. He and Veronica hold themselves to the same exacting standards, but both will abuse the power invested in them in a story that is, at least in part, about misreading signs. Text messages and smartphone videos loom large in a film that is about seeing life through a screen or a distorting window, a theme also brought out in the recurring motif of the glass harp (wine glasses played as a musical instrument) that leaks into the film’s jaunty, jagged, jazzy contemporary classical soundtrack.

The ‘Jim’ scenes culminate in a Thewlis tour-de-force, a drunken tell-all speech in a restaurant full of strangers; one he saved from closure after uncharacteristically giving way on a hygiene misdemeanour. It’s almost enough to make up for the kind of melodrama plotting that would make Charles Dickens blush, for the invention of entire characters that serve merely to act as guilt triggers. But not quite.