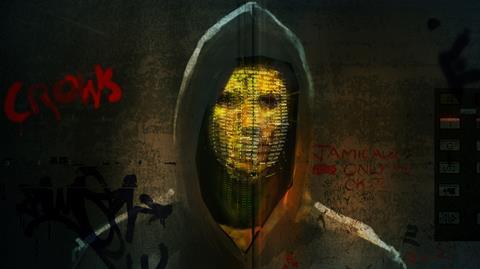 A superpower movie with a premise absurd even by the far-fetched standards of the genre, iBoy misses out on the opportunity for entertaining mischief with a po-faced approach to the material and a lack of internal logic to the story. Caught in the crossfire of a gang attack on one of his school friends, Tom (Bill Milner) ends up with fragments from his smartphone embedded in his brain. He wakes up with more than just a headache. What starts as a crackle of digital white noise in his head rapidly evolves into a versatile and far-reaching superpower.

The seriousness of approach to the increasingly unlikely premise suggests that both the filmmakers and the young adult target audience are not having as much fun with the material as they could do.

Tom can tap into the mobile phone network with his mind; he can control the central locking system of a car; detonate electronic devices; transfer money into bank accounts and hack into the computer system of a police helicopter high above. Even more remarkably, he has near perfect 4G coverage at all times.

This urban fantasy drama, which also stars Game Of Thrones actress Maisie Williams and is based on a novel by Kevin Brooks, is the first UK film to be fully financed by Netflix, which will spend $6bn on content globally in 2017. The film will show on Netflix from January 27th and it will also receive a one-screen, one-week UK release on the same date, courtesy of Vertigo Films.

In terms of its inner-city milieu and teenage protagonists, the film has more in common with the Channel 4 television series Misfits than it does with most US takes on the superpower genre. However, unlike Misfits, which spiked its sci fi high concept with down-to-earth humour, iBoy presents its implausible premise with a straight face. This is perhaps appropriate, given the gritty violence which triggered Tom’s transformation: he stumbles upon the rape of his school friend Lucy (Williams), an act of gang retribution against her older brother after he refuses to join. Still, the seriousness of approach to the increasingly unlikely premise suggests that both the filmmakers and the young adult target audience are not having as much fun with the material as they could do.

By mind-hacking his way into the memory of the phone which filmed the attack on Lucy, Tom is able to identify the hooded figures as several of his classmates at school. He sets about targeting them, assuming the anonymous vigilante identity ‘iBoy’. His campaign soon escalates – in one of the films lazier devices, his superpower allows him to visualise neat graphics explaining the gang’s chain of command. The lack of limits – and logic – in Tom’s abilities starts to undermine the credibility of, and our satisfaction in, the action.

Special effects are used most effectively at the outset, when Tom is still struggling to control his powers. Digital information bleeds into the atmosphere; the sound design is a buffeting, jostling assault of data and voices. But as the film progresses, it resorts increasingly to the tried and tested device of text message bubbles overlaid on the screen. The score, mostly throbbing electronica, works well in injecting a propulsive energy into the story.

Performances are decent, although William’s robust approach to her character seems unexpected, given the trauma that she endured. The stand out turn is from Rory Kinnear, whose late appearance in the third act markedly elevates and focuses the film.