Can a middle-aged Australian country singer finally get her big break? 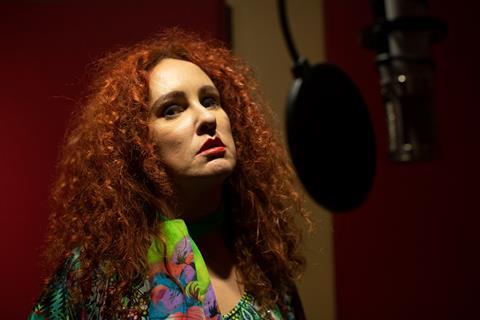 Small-town talents with big dreams can provide a rich seam for documentary makers: there’s dramatic leverage in failure as well as success. At first, Australian film and television editor Matthew Walker’s first directorial feature seems to be treading familiar ground in its portrait of Wanita, a middle-aged country singer based in the New South Wales farming and country music town of Tamworth. Wanita has always dreamed of going to Nashville to cut a record, but after two decades her career is locked in a provincial holding pattern. Will she get her wish before it’s too late?

The film’s core is the damaged, proud, generous, self-centred, utterly unpredictable Wanita herself

That’s the kind of premise that might make for a fairly lightweight inspirational journey, the kind of battle-with-adversity, feel-good arc that plays well on streaming platforms. But while it does supply those emotions, notably in its deliberately over-the-top theatrical finale, Walker’s film is stranger and more nuanced than its ‘late-life A Star Is Born’ setup would suggest. What makes it stand out from a host of imitators is its shape-shifting moral and emotional arc: the story we get at the end is richer, messier and more interesting than a mere fairy tale. I’m Wanita is an audience-pleaser, but not in an obvious way, its main challenge to wider rollout after its Hot Docs premiere being: how do you persuade people to watch a documentary about a washed-up Aussie country singer?

The film’s core is the damaged, proud, generous, self-centred, utterly unpredictable Wanita herself, who sometimes owns the film as she does those around her, and sometimes retreats into an impenetrable shell. Things started going wrong for the flame-haired redhead pretty early on: her mum, she reveals, wanted to call her Juanita, but didn’t know how to spell it. Wanita is known as ‘Australia’s Queen of Honky Tonk’ — but that sounds like one of those self-awarded labels that means more to the person who wears it than anyone else. What we soon pick up from a mix of archival footage, photos, old album covers and Wanita’s own words — which sometimes blossom into pulsating animated captions, for no obvious reason other than looking cool — is that she is well-known within the Australian country music scene, but that her youthful desire to become a sort of down-under Loretta Lynn has not quite gone according to plan. So much so that, after a stint working in a poultry processing plant, she became a sex worker to make ends meet.

This is the second time Walker has made a film about Wanita after his 2015 short Heart Of The Queen. But what emerges is not a fanboy’s devotion, rather a can’t-look-away fascination with a charismatic train wreck of a woman who is capable at times of insightful self-criticism — while descending at others into a self-destructive masochism fuelled by binge drinking. The director is not the only one entranced and infuriated by the singer, who at different times defines herself as both dyslexic and autistic. We meet Gleny Rae Virus, a friend and punk-influenced country instrumentalist who drifts into the job of managing Wanita, and Archer — a genial busker who is introduced as one of the many waifs and strays Wanita picks up like street cats. (“She’s a drunken Mother Teresa”, Archer tells Gleny Rae at one point.)

The real wild card of the entourage, however, is Wanita’s elderly husband, Baba — the father of the man the singer initially went to Turkey to marry. They bicker and make up, he in Turkish, she in English, and we realise with a shock that when she goes to work as a call girl, this apparently devout Muslim who seems to have blown into Tamworth straight from the Central Anatolian steppe is her driver. There’s an unresolved darkness at the heart of their relationship that is also present in a handful of frustratingly random sequences featuring Wanita’s only child, Elly May, who talks on camera about how she felt neglected by her mother.

Music, both Wanita’s own and those of the country legends she was raised on, binds, lifts and heals, sometimes in surprising ways — Archer, for example, turns out to be something of a hidden talent himself. Though many scenes shot on the road and in Wanita and Baba’s tin-roofed Tamworth home have a whatever-works feel, smart editing and a few soaring drone-eye-view bridging sequences give the film enough of a cinematic sheen to fill big screens as well as small ones.