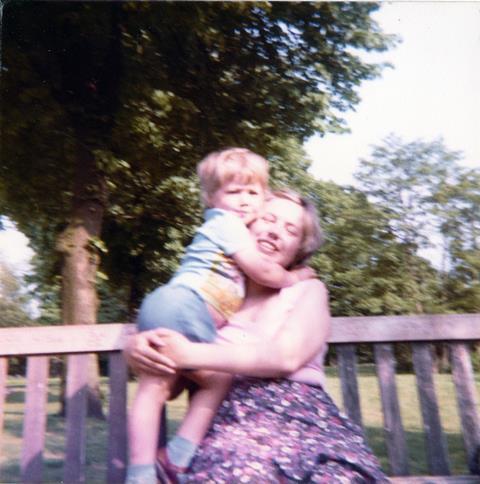 Whatever its focus, much of a documentary’s success lies in its ability to either distill far-reaching themes through the prism of individual experience or to widen an intimate story into a universal narrative. With his compelling debut feature, in which he sets out to learn about the mother he never knew, director Iain Cunningham presents a film that may appear deeply personal but, by tapping into familiar emotions and experiences, strikes a powerful chord.

A thoughtful, sensitive and ultimately uplifting study of grief, love and the ties that continue bind us all, long after we’re gone

While the relatively small-scale nature of Irene’s Ghost (which is supported by Creative England, Creative Scotland, BFI and Wellcome) may prove a theatrical challenge, an intriguing story and an involving structure means that further festival interest is likely, where it could attract audiences who responded to the likes Carol Morley’s Dreams Of A Life, with which it shares thematic and tonal DNA. The recent resurgence of the small-screen documentary may mean that streaming or broadcast platforms provide a natural home.

In his opening voice over, which is well-used throughout the film, Cunningham establishes the focus of his work; namely notions of family, memory and identity. “I don’t know if you choose the memories that stay with you, or if they choose you,” he says, before filming his young daughter, Isla, playing with abandon. It was her birth, we learn, that caused him to think a great deal about his own mother, Irene, who died when he was just three years-old.

Having been told very little about her, or the circumstances surrounding her death — family stories range from an unexplained coma to a heart attack — Cunningham embarks on a journey of discovery. That his father is reluctant to join him on this trip down memory lane is immediately obvious, and gives the film a palpable sense of mystery, although the unearthing of some old photographs in his attic does provide some initial clues.

Determined, Cunningham begins tracking down those who knew Irene in the hopes that he can piece together an understanding of the mother he has only ever imagined. As he meets with old friends and estranged family, each new disclosure (some small, some seismic) slowly fleshes out a woman who has only previously existed as something as a ghost, a wisp of memory.

The strength of Irene’s Ghost lies not so much in this family’s singular history, involving as it is, but the way in which Cunningham has crafted his telling of it. While the frank talking heads provide the colourful narrative, he also uses brief moments of animation to bring his past and his memories to life — the way in which, as a child, he believed his mother was the moon, or a cat, or a thistle seed — or holds old photographs up against their modern locations. In essence, Cunningham brings his story to life, ensuring that we are emotionally invested in this journey and its outcome.

There are no big revelations in Irene’s Ghost, no sweeping statements; although Irene’s experiences and her family’s reaction to them make their own point about how little has been historically understood about mental health issues. Ultimately, though, this is a thoughtful, sensitive and ultimately uplifting study of grief, love and the ties that continue bind us all, long after we’re gone.