'Jane Got A Gun': Review 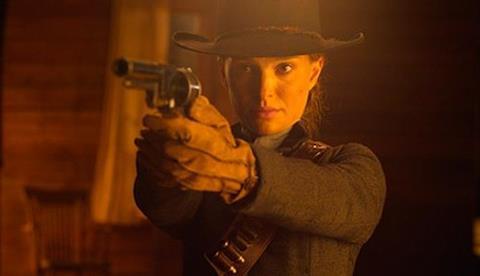 The motivations and the performances are solid in Jane Got A Gun, an attractively mounted post-Civil War revenge drama with plenty of shooting and a well-placed twist or two. There’s no reason to dwell on the film’s troubled production history or the misfortune of its France-led release being put off twice — most recently in the immediate wake of the November 13th Paris attacks — because what’s on screen is, for the most part, both suspenseful and entertaining if comfortably familiar. Natalie Portman as the titular Jane shows plenty of frontier gumption as a mother who finds herself fighting for her life alongside her wounded husband and her former lover.

There’s nothing post-modern or trendy or revisionist about this tale, which may make it less interesting to young audiences

Potential audiences may feel that one Western is enough and Tarantino got there “first” — but that’s just a coincidence. Jane Got A Gun has heart even though it, too, like The Hateful Eight, has an undercurrent of Civil War fallout (the Caucasian variety), bounty hunting, purposeful fibbing, potentially fatal gunshot wounds and poor odds on survival.  Jane’s allegiance to two different men is pragmatic yet still romantic. It’s not so much a “feminist Western” as it is the tale of a strong woman that happens to be set on a ranch in the New Mexico Territory in 1871.

And since any oater worth its salt explores themes that still apply in the present, the film raises questions of what constitutes an outlaw and whether shooting in self defense calls for retribution.

Ewan McGregor, with dark hair and mustache, is hiss-worthy fun to watch as polite but evil John Bishop, the head of the Bishop Boys.  At the film’s outset, Jane tells her daughter a bedtime story - the moral of which is that good people don’t turn bad. The next morning her husband,  “Ham” Hammond (Noah Emmerich), barely makes it back home on his horse — his back is full of formerly hot lead and he confesses to Jane that the Bishop Boys “are coming”.

Well-integrated flashbacks to seven and then five years prior fill in why the Bishops might have an axe to grind with Jane and Ham. Because bedridden Ham is too weak to protect anybody, Jane takes her young daughter to a neighbour and then, wide-brimmed hat in hand, hires the at-first reluctant Dan Frost (Joel Edgerton) to help defend the ranch when the bad guys arrive.

Jane and Dan were once an item back in Missouri. A hot air balloon ride is lovely visual shorthand for happier times. Jane promised to wait for Dan but when he came back from the war she was gone.

With pleasingly dramatic locations in New Mexico, the film toggles back and forth between ravishing vistas and intimate dialogue exchanges.  It’s a very American story full of tough breaks and cruelty tempered by a hands-on frontier spirit: the second amendment right to bear arms makes powerful sense in the dangerous historical context presented here.

Edgerton is very good as a man who made it through the war only to find heartbreaking disappointment in peacetime.  Portman’s Jane is strong and self-sufficient with a lucid take on survival — she’s not afraid to help herself and she knows when she requires help from others. Some very bad things have happened to her but she’s nobody’s punching bag. And not unlike Charlize Theron in Mad Max: Fury Road, one might be tempted to think that Portman is just too much of a natural beauty for this role, but any such objection quickly subsides.

There’s nothing post-modern or trendy or revisionist about this tale, which may make it less interesting to young audiences. But it boasts some lovely moments that will stick with older viewers.