The popular, colourful author gets a documentary that’s a real page-turner 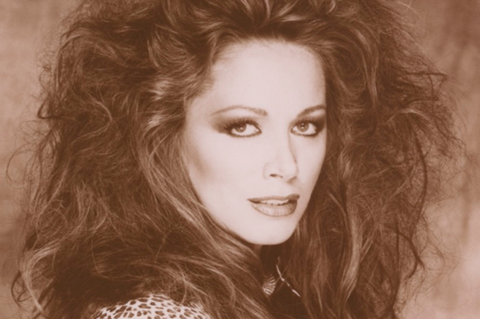 It would be upsetting to discover that the life of Jackie Collins was any less colourful than that of the characters she created. Lady Boss: The Jackie Collins Story does not disappoint as it provides chapter-and-verse on a life of self-creation and steely determination. Collins sold in excess of 500 million copies of her racy, unpretentious poolside reads, providing a built-in audience for one-off events and television screenings. Modern Films bought the UK rights prior to this film’s Tribeca world premiere.

Between The World Is Full Of Married Men in 1968 and The Santangelos in 2015, Collins wrote some 30 novels dripping with glamour, glitz, steamy sex, sculpted beasts of men and powerful women who knew exactly what they wanted. In a succession of chat-show appearances, Collins embodied the characters at the heart of her work. Sun-roasted to a deep tan, clad in trademark leopardskin, sporting big hair and even bigger shoulder pads, she projected success. Lady Boss attempts to look beyond that public persona and provide a more accurate sense of who Jackie Collins was and what she achieved.

Laura Fairrie’s documentary does Collins the favour of taking her seriously. Collins cheerfully accepted her literary limitations but proudly staked a claim as a great storyteller. Lady Boss is sympathetic but fair-minded and not without humour. Fairrie drily cuts together a sequence of interviews with women who all claim to have been Collins’ best friend. Blessed with a treasure trove of home movies, archive footage, papers and diaries, Fairrie also has the support of Collins’ friends, children and older sister Joan who are all interviewed.

The diaries are the richest source of revelation. In 1953, the teenage Jackie writes: “I get an awful inferiority complex when I’m with Joan.” Insecurity seeps through every page, from feelings of being fat and dull to resentment towards a stern, remote father who felt women should know their place. Global fame was her revenge against all that adolescent anguish.

Lady Boss skips back and forth through the decades, leaping from Collins’ first visit to Hollywood in 1956 to her becoming the bestselling author of Hollywood Wives in 1984. Collins always seemed to take inspiration from the lives of the people she knew, and yet was able to remain a Hollywood insider. Home movies show her at Michael Caine’s birthday party, rubbing shoulders with Roger Moore and Sidney Poitier. All the time, she is mentally taking notes for the next bonkbuster.

Collins comes across as a shrewd businesswoman who created a brand that she worked tirelessly to promote and sustain. In the public eye, she was her own best creation. In private she weathered all the storms of her first husband’s suicide, the ebb and flow of sibling rivalry and the way cancer came for those she loved the most, from her mother Elsa to her beloved second husband Oscar Lerman.

The glorious candour of old friends like Tita Cahn is matched by the tenderness in the fond remembrances of Joan Collins and Jackie’s daughters. Lady Boss also positions Collins as a bellwether of changing mores. Once vilified as a purveyor of filth and a champion of feminism, by the 1990s she was facing a hostile television audience who considered her novels formulaic, old hat and with questionable attitudes towards women.

Entertaining, wide-ranging and insightful, Lady Boss leaves you with admiration for Collins and even a sneaking inclination to read her books.