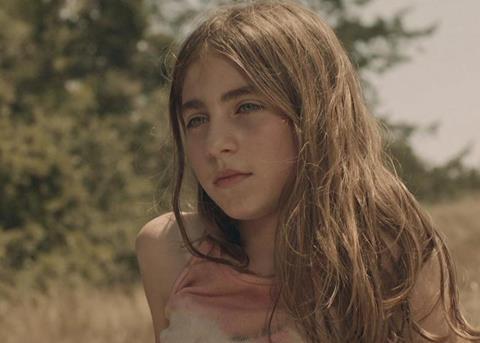 Lane 1974 is an unusual creature. SJ Chiro’s debut revisits the 1970s counter-culture in the splendour of Northern California for a low-key story about a 13 year-old girl who hovers dangerously on the edge of becoming a casualty of her mother’s alternative lifestyle. Yet it’s more of an evocation than a recreation, its sympathetic production design and costumes and almost analogue sound at the service of a tale which has such a strong ring of authenticity that it’s no surprise to discover that Lane 1974 is based on a memoir. Or that SJ Chiro is a woman with a similar past as Lane, played memorably by Sophia Mitri Schloss (looking uncannily like a young Judy Collins).

Lane 1974 is beautifully mounted, a 70s memory come to life, with a strong feel for the nature it surveys

Premiering at SXSW, Lane 1974 has the potential to become a slow-burner, particularly with the Summer of Love class of 67 and their children. While 1970s-set coming-of-age features typically lean hard on Janis Joplin/Mama Cass soundtracks and costume department excess for momentum, this is a much quieter observation from people who were there and are documenting themselves. Danger lurks at every corner for Lane, but it’s underplayed; only the audience can see it, sharply etched in the rear-view mirror. Everyone on screen thinks they’ve created a new nirvana outside society’s rules.

Although its imagery – of nature and of the times - is redolent, Lane 1974 can manifest some of the stiltedness that comes with having purely child leads and doesn’t always flow easily from chapter to chapter. Yet this is still a watchable, and even relatable drama, even though it seems to come from another planet now, never mind another era.

In 1974 - the year Alice Doesn’t Live Here Any More came out – Lane lives in a commune in the wild with her aggressively alternative mother, Hallelujah (Katherine Moennig, from TV’s Ray Donovan and The L Word, under a matted hippy wig). Lane is the oldest of three children and de facto parent to her siblings, and they are independent to the point of being feral. While commune members, young themselves and dangerously unheeding of their offspring’s needs, scrape a meagre living off the land, at least the children have friends their own age and a family atmosphere in this most beautiful of natural settings.

Chiro makes it clear, however, why these people were called “dirty hippies”. The children are dusty and hungry and they yearn for school and the normality of a sandwich for lunch (Lane’s hot shame as she steals food is one of the film’s standout scenes).  They’re happy enough, but their clothes are in tatters, there is no money, and the experiment is failing them. That’s before Hallelujah, a difficult and abrasive woman, alienates the other commune members and Lane’s life becomes increasingly more tenuous.

Lane 1974’s more shocking sequences – seen only from the young girl’s perspective – are dropped quietly into the narrative, and danger always awaits Hallelujah and her children as she becomes more desperate. Chiro eschews overt sexual threat, but it’s a constant low hum for the audience, and the casual fate of Lane’s beloved toddler sister has the ring of truth.

Lane 1974 is beautifully mounted, a 70s memory come to life, with a strong feel for the nature it surveys. The forests and the sea frame what should have been a simpler life but turned out to be anything but. Sound editing and music are complimentary but don’t overwhelm, underpinning the story’s quiet authenticity. Mostly Chiro’s film seems like a hushed reminiscence, a testament to its silent heroine whose opinion is never sought or listened to.  And Sophia Mitri Schloss is a find. A lot falls on her slender shoulders here, including a director’s debut with a personal story, but, like Lane, she’s resilient and always impresses.

Screenplay: SJ Chiro, from The Hypocrisy of Disco, by Clane Hayward