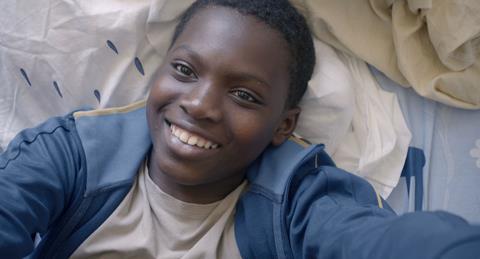 Vadepied’s film occasionally sacrifices credibility in its bid to keep us guessing.

Cast after extensive search, non-professional actor Guirassy certainly brings the right mix of vulnerability and street-smart bravado to the role of protagonist Adama, whose mother has moved out with him from the home in which his father and half-siblings live due to France’s polygamy laws.

Failing at school, Adama misses his elder brother who has been sent back to Senegal to keep him out of trouble. He quickly senses an opportunity when his younger friend Mamadou (Ali Bidanessy) discovers a six-ounce (150-gram) brick of cannabis resin on the ground after a police raid on the neighbourhood dealers. But the nascent capitalists inevitably fall foul of a local dealer, who then does a U-turn, seeing the advantage of employing this angelic-looking duo to shift ever bigger amounts of product.

Exploiting minors in drug retailing is hardly a new topic for screen drama (see TV’s The Wire, etc), but Vadepied (who lensed (Read My Lips and The Intouchables) and co-writers Olivier Demangel and Vincent Poymiro employ a refreshingly light touch as the two young entrepreneurs negotiate the hazards of their profession.

Adama’s gift for ingenious improvisation brings plenty of smiles, especially when he employs a homeless man (Bass Dhem, very funny) to pose as his father at a school disciplinary meeting. Guillaume Gouix – also cast in Cannes Critics’ Week title The Anarchists –  is a likeable presence as the PE teacher who keeps a fatherly eye out for his evidently troubled pupil.

Inhabiting a convincingly tough milieu in the North suburbs of Paris, but occasionally traveling along some rather unlikely narrative lines, Learn by Heart (La Vie en Grand in French markets) finally struggles to make sense of its ill-defined genre positioning. Mixing extreme jeopardy, as the plucky duo implausibly offloads a big chunk of cannabis to a well-armed dealer in an underground car park, with relatably small-scale storylines about funding for a school trip and the pressure to learn a poem by heart to pass an oral test in literature class, Vadepied’s film occasionally sacrifices credibility in its bid to keep us guessing.  Audiences may not end up minding too much, however, happy to go along with a warm-hearted coming-of-age tale that always commands a rooting interest by staying largely true to its generously endearing characters.