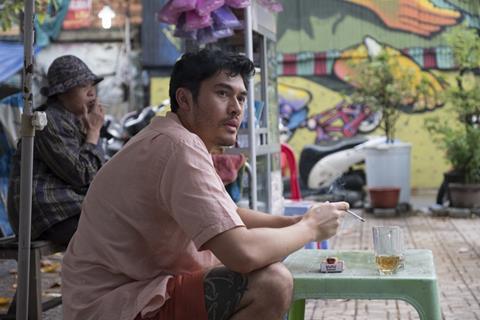 Like his 2014 debut Lilting, UK-based writer-director Hong Khaou’s second feature is a drama about cultural identity, but this time more rooted in Khaou’s own experience as a refugee. Following a 30-something man who returns to Vietnam for the first time since fleeing to England as a child, it’s a touching, thoughtful and gorgeously shot piece of work, which both examines its protagonist’s experience of displacement and tenderly evokes a country moving energetically forwards while some are still tied painfully to the past.

Vietnam has rarely been captured so evocatively on screen

The film, which has been backed by BBC Films and the BFI and participated in the Sundance Screenwriter’s Lab could benefit from word of mouth, the presence of Crazy Rich Asians star Henry Golding and the success of both Lilting and Kogonada’s similarly toned Columbus. A healthy festival and arthouse showing seems likely.

Khaou’s family fled the Khmer Rouge in Cambodia when he was a baby. He then lived in Vietnam until he was eight, when the family fled again, as ‘boat people’ after reunification, this time to England.

There’s a small leap, then, between that background and the experience of Monsoon’s Kit (Golding) who, we’re told, also escaped Vietnam with his family after reunification, when he was six. With both his parents now dead, Kit has returned to Ho Chi Minh City (otherwise known as Saigon) for the first time – in advance of his older brother – to scout a fitting location for their ashes.

With his cinematographer Benjamin Kračun, Khaou opens proceedings with a fabulous, instantly captivating overhead shot of a busy traffic junction, as first cars, then a fleet of mopeds and motorcycles charge every which way across it. There’s a quirky sense in the colourful, beauteous chaos of synchronised swimmers run amok.

In fact, whether capturing busy streets, markets, shopfronts or apartment blocks, the film has a busy, meticulous, sharply detailed composition that is reminiscent of Andreas Gursky’s large-format photographs. Vietnam has rarely been captured so evocatively on screen.

It’s into this teeming world that Kit has landed, jet-lagged, disorientated and thoroughly miserable. With his Vietnamese long forgotten, along with most of his childhood memories, Kit says himself that he may as well be a tourist. Khaou’s nuanced approach doesn’t assign the young man the usually schematic trajectories of rediscovering his roots, re-assimilating, or coming to terms with his anger, history, or relationship with his parents. It’s more subtle than that as, in many ways, Kit doesn’t know what he’s meant to feel at all.

This makes what follows both fascinating, and at times challenging. With the script offering a very slow drip feed of information about his family’s past, Kit’s reserve and Golding’s slightly mannered presence, the viewer may feel he or she is hanging in at times. But the journey is definitely worth making, as both people and places lead Kit slowly towards some sort of rapprochement with his identity.

En route there is an awkward reunion with a cousin, Lee (David Tran), whose own family tried and failed to leave the country years before; a burgeoning relationship with aforementioned date, an African-American designer (Parker Sawyers) and more volubly self-reflective man, who has determinedly based himself in a country where his father once fought; and a young tour guide in Hanoi (Molly Harris), torn between wanting to spread her wings and duty towards her traditional parents.

When Kit tells Lee that neither of his parents ever spoke of their homeland, his cousin’s response goes to the heart of the complexity of the refugee predicament. “They went through so much to leave here,” he says. “And now you bring them back.”