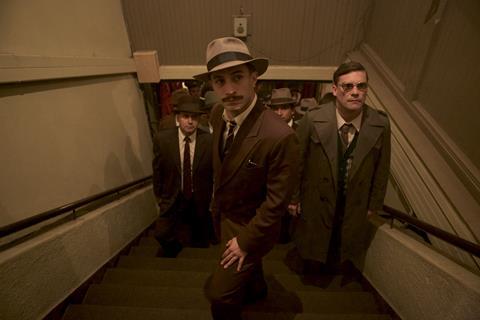 Described by director Pablo Larrain as “more of a “Nerudian” film than it is a film about Neruda”, his latest work weaves an exuberantly irreverent fantasy around events in the life of the poet and politician. In the early days of the Cold War, as Chile aligned itself with America, Neruda’s Communist convictions saw him branded an enemy of the state and he was obliged to go into hiding. Executed with comic brio, Neruda follows his pursuit by the authorities and is pitched somewhere between the writing of Dennis Potter (Singing Detective, etc) and the more baroque side of Paolo Sorrentino. It is often very funny, unsettling and yet still proves illuminating on the character of Neruda and the battle for Chile in the 1940s.

Neruda provides further evidence of Larrain’s ability to shine a light in the darkest corners of his country’s past and still create accessible, entertaining films for the global arthouse trade. It should be warmly welcomed by audiences who embraced No and The Club.

Larrain and screenwriter Guillermo Calderon envisage Neruda’s plight in the form of a shadowy, hardboiled film noir. Branded a traitor and threatened with jail, Pablo Neruda (Luis Gnecco) takes flight with his wife Mercedes (Delia del Carril). Rather than cower in the shadows, he wants to hide in plain sight and enjoy the thrill of the chase. There are creative possibilities in his persecution and the possibility of inventing a Neruda that will never be forgotten by the people of Chile.

What good is a chase without a hunter? Here it is police inspector Oscar Peluchonneau, described as “half moron, half-idiot”, who is on the case. Played by Gael Garcia Bernal as a cross between the relentless Javert of Les Miserables and Inspector Clouseau, Pulchonneau does not want to be just a supporting character in the narrative that Neruda is creating. Even so, he remains clueless even as Neruda leaves him autographed copies of his book and frequently appears before his eyes in a cunning disguise.

The whole film is about myth making and embracing the famous John Ford dictum of printing the legend and letting the facts take care of themselves. Luis Gnecco’s podgy, affable Neruda is not overly burdened by humility and graciously accepts the worship of adoring fans and the privileges of wealth and position. He seems happily aware of his champagne socialist leanings but eager to become a symbol of a greater struggle for freedom and civil liberties.

Pablo Larrain happily embraces the artificiality of the film’s conceit, with Peluchonneau providing the voice-over narration to this playful tale and the use of back projection and a Bernard Hermann-style score from Federico Jusid casting up reminders of Hitchcock’s more florid side.

The film looks fantastic from the amber glow of clandestine nightclubs to the glistening white snow of the final showdown. If there are times when the whole approach feels wearingly mannered, it seems a small price to pay for such an inventive and provocative film.