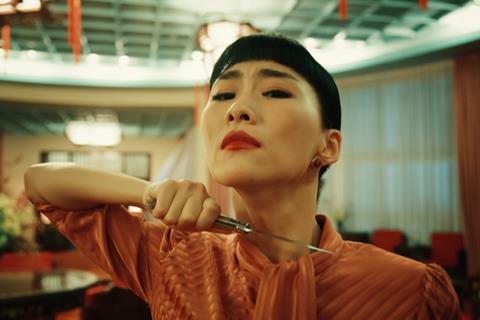 The star of this psychological thriller, Wu Ke-Xi, is also the screenwriter of the picture, a vividly disorientating #metoo themed drama. It’s clearly a personal work: Wu has drawn upon her own experiences as a young and vulnerable actress within the film and television industries for a story which gives a powerful account of the post-traumatic stress suffered by the victims of powerful and unscrupulous industry insiders. But timely as it is, this is a film which doesn’t always treat its female characters with the respect that one might hope for, certainly given that it is intended to expose exploitation rather than add to it.

Myanmar-born, Taiwan-based, director Midi Z is a regular fixture at film festivals around the world. His previous features and documentaries have premiered in Venice (Goodbye Mandalay) and Berlin (City of Jade, Ice Poison), among other events, before embarking on extended festival runs. A low budget production which punches above its weight in terms of the striking, stylish visuals, Nina Wu seems like to have a similarly healthy reception at film festivals around the world.

With its nightmare throb of delusion and twisted fantasy, and its suggestion of professional rivalry with a nemesis who may or may not exist, there’s a strong parallel with Darren Aronofsky’s Black Swan. Nina (Wu Ke-Xi) has been slogging at a subsistence career as an extra and an internet personality with her own live stream for years. She has, we sense, more or less given up on the idea of a legitimate acting career. But then a producer calls her in for an audition. The role, she is told, requires ‘honesty’ which effectively means that she will be require to do full frontal nudity and an explicit threesome. Her agent alternates between coaxing and blackmail to try and get her to try out for the part.

The story segues from Nina’s preliminary interview straight into her experiences on set. Her director emotionally, and in some cases physically, bullies her into delivering the performance he requires. And as stress fractures begin to show Nina’s psyche. Heralded by a scraping, jarring score, Nina starts to catch glimpses of a girl with a bob and a maniacal smile, a girl, she becomes convinced, who means her harm. And a recurring shot of Nina in a hotel corridor in the red dress she wore for her audition suggests that the actress is fixated by something which occurred in the past, something she can’t quite let go of.

Dreams bleed into reality, Nina becomes increasingly unnerved by perceived threats against her family. It’s heady and disorientating; questions hang heavy over her mental health and reliability as a witness. And this is the essential problem with the picture. Surely a film which purports to tell the story of a woman who is traumatised by her treatment at the hands of men within the entertainment industry shouldn’t be so casual about casting doubt on her story? To lean so heavily on the ‘hysterical actress’ cliché seems at best irresponsible and at worst borderline abusive.