‘Poly Styrene: I Am A Cliche’: Glasgow Review

A closer look at the groundbreaking British punk artist 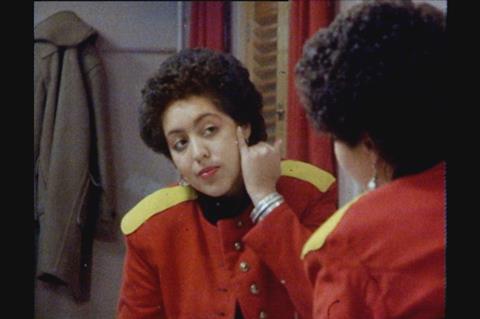 ‘Poly Styrene: I Am A Cliche’

The tumultuous life and the legacy of X-Ray Spex singer and songwriter Marion Elliot, aka Poly Styrene, is explored through the eyes of her daughter, Celeste Bell, who co-wrote and co-directed this film. It’s a device which initially seems superfluous – Poly Styrene was, after all, a groundbreaking figure who never needed anyone else to speak for her. But as the story progresses, Bell’s decision to share the focus and to examine her relationship with her mother makes more sense, bringing an intimacy and tenderness to the rock documentary format.

As Sophie Fiennes’ film about Grace Jones demonstrated, there is an appetite for work about maverick female artists who refuse neat categorisation and inspire subsequent generations. And it’s an appetite which is somewhat underserved by the documentary industry, which is still inclined to favour the stories of male musicians. While Poly Styrene might not have quite the international reach of Grace Jones, the film should find further festival berths following its premiere at Glasgow and screening at SXSW. Modern Films plan a March 5 streaming release in the UK.

As a woman of colour – Styrene was of Anglo-Somali origin – she found herself the target of both racism and misogyny in the traditionally white and male music industry. And while the film doesn’t labour the details of her mistreatment, there is enough here to suggest that the punk scene wasn’t quite as embracing of the outsiders and misfits as it was purported to be. The film offers yet more evidence, if any were needed, that Sid Vicious was a nasty person.

Even within the non-conformist ethos of the punk movement, Poly Styrene was an original. Her diaries, which are narrated by Ruth Negga and form part of a substantial cache of archive material that Bell was left to sort through after her mother’s death in 2011, give a sense of an unconventional mind. Her preoccupations – with commodification, with disposable culture – transferred from the pages of her journal and into her lyrics. Her creativity is evident in the fact that she designed everything, from the band’s spiky logo to her own costumes – synthetics and plastics were her favoured materials, to harmonise with her choice of stage name.

Bell, who already collaborated with co-writer Zoe Howe on a book about Poly Styrene, describes a sense of discovery in exploring her mother’s legacy. The punk years were already long finished by the time Bell was born, but damage had been done to her mother’s fragile psyche by the intensive whirl of exposure and the music industry’s voracious talent-consuming appetite. Particularly disruptive was a trip to New York and a residency at CBGBs. The grubby, druggy side to the New York punk scene, the culture of rapacious consumerism and the constant siege of attention tripped a switch in Styrene’s vulnerable mind. She started to complain of hallucinations and was later diagnosed with acute bipolar disorder.

While there are a few too many shots of Bell sifting through her mother’s possessions or flicking through the book she co wrote, her contribution at this point of the film is undeniably powerful. She describes a period in which they lived in a Hari Krishna commune as magical, which was followed by a darker time which eventually resulted in a temporary estrangement. But the film leaves us with a sense of closure. In her final years, she had apparently conquered her demons, rediscovered music and forged a new-found closeness with her daughter.