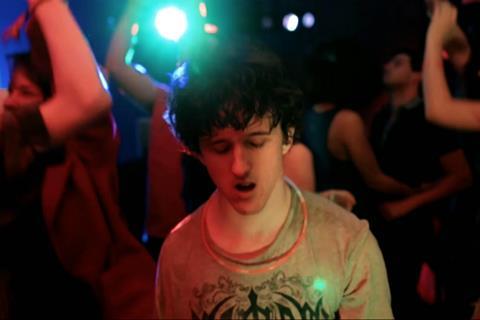 The feature’s lack of neatness pairs well with its crisp, realism-favouring visuals

Indeed, the naturalistic manner in which the film is shot and performed ensures its personal basis never escapes attention, although there’s no mistaking Pulse’s high-concept plot for real life; just for conversation-sparking escapism.

A clear labour of love with the tone to match, the crowdfunded title arrives in Busan after screening at Australian festivals including CinefestOZ in 2016, and the Melbourne Queer Film Festival and Sydney Film Festival earlier in 2017. With three of the duo’s shorts featured at Palm Springs International ShortFest, the movie’s premise, earnestness and authentic feel could also spark other modest festival interest, particularly on the LGBT circuit.

Monks plays Olly, a disabled high schooler as accustomed to spending time in hospital as is he is to the way that others look at him. His mother Jacqui (Caroline Brazier) is supportive, as are his best friend Luke (Scott Lee), Luke’s girlfriend Nat (Sian Ewers) and her pal Britney (Isaro Kayitesi), but the future means pain, an eventual hip replacement and romantic loneliness.

Deciding to go through with a medical procedure that will transfer his mind into another body is therefore easy; deciding to become a beautiful woman is too, though telling his loved ones is nerve-wracking. That said, Pulse doesn’t dwell on Olly taking the plunge or even the technology that enables his choice, rather the aftermath.

Unsurprisingly, waking up as Olivia (Jaimee Peasley) changes everything. Olly’s unrequited crush on Luke only grows, a fling with homophobic local bully (David Richardson) provides a physical distraction even if Jacqui frowns upon her suddenly outgoing behaviour. The world is a different place for an attractive, sexually experimenting teenage girl than it is for an awkward, disabled, gay boy, but enjoying that transformation threatens Olly’s close relationships and her sense of self.

Although the feature’s concept could offer an obvious exploration of coming-of-age angst, as well as the struggle to accept your own body and sexuality, fluidity reigns supreme. Like the Swedish Girls Lost, Pulse is less concerned with the comic antics that typically drive the body-swap genre, preferring to act as a grass-is-greener parable — examining the emotional toll of discovering what it’s like to be seen differently while still viewing life through the same eyes.

In fact, with Monks also the ambitious film’s editor, featuring each of Olly’s guises in the one scene is both common and crucial. The turmoil swirling inside the character, and the understanding that facades can so easily influence perceptions, is clear when seduction attempts, sexual encounters and more switch between Peasley and Monks on screen. Frequently spliced together quickly — in a fittingly pulsating — it also helps convey the messiness inherent in dealing with the movie’s many topics. There’s nothing orderly about trying to figure out who you are, nor in the way that Pulse depicts the search.

The feature’s lack of neatness pairs well with its crisp, realism-favouring visuals, as lensed by Cruz-Martin, as well as its performances. Uttering a few patches of clunky dialogue and navigating a few predictable dramas doesn’t dampen the efforts of the supporting cast, with Three Summers’ Brazier particularly effective.

As much as Pulse is a personal project for Monks, it’s also a showcase of his talents on screen — though Peasley also impresses as the Olivia to his Oliver.