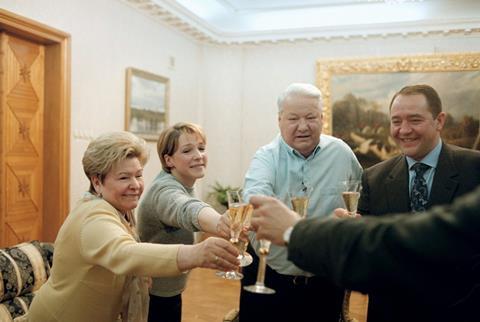 After his illuminating examination of life in North Korea in Under The Sun, Ukrainian born director Vitaly Mansky returns closer to home with Putin’s Witnesses, an extraordinarily revealing portrait of Vladimir Putin’s ascension to power at the turn of the century. Utilising footage shot by Mansky when he was head of documentary for state television, the film delivers what seems almost impossibly close access to Putin, his colleagues and outgoing president Boris Yeltsin.

With a world premiere in Karlovy Vary’s documentary competition, this documentary seems assured of interest from distributors across Europe and beyond, not only due to the relative success of Mansky’s previous film but also to its timely examination of one the world’s most controversial figures.

On 31st December 1999 Russia welcomed its new president, Vladimir Putin. One of the witnesses to this rise to power was Vitaly Mansky who, thanks to a series of extraordinary circumstances, was able to take in his camera to some of the most intimate corridors of power in Russia, including the Kremlin. This footage becomes a testament to what could become a defining point in the history of the 21st century.

It’s almost hard to believe that the footage that makes up Putin’s Witnesses could be in any way real. With both a country and a President – who, lest we forget, was previously the head of the KGB - famous for obfuscation and keeping a tight control on preferred narratives, the fact that the main protagonists seem willing to engage with Mansky on such a personal level seems astounding.

Moments in which Putin discusses the decision to restore the Soviet anthem and his reasoning behind doing so seem remarkably unguarded. Some of the film’s most revealing scenes contain small moments and looks that ripple with import. When Putin visits a former teacher, in a stunt that seems carefully stage-managed to paint him as a man of the people, he outwardly expresses emotion and delight. But Putin’s eyes stare into space and betray no feeling.

The film itself does not dwell too much on how Manksy achieves his level of access (though ancillary items, such as the film’s press kit, reveal more) and is content to let the footage speak for itself. Indeed, Putin’s Witnesses does not indulge too much in placing the footage in the context of the present day. This is a film that examines the cause of the problem but not the symptoms.

There are moments of bitter irony. As Putin and his colleagues celebrate the election that puts him in power, Mansky’s voiceover relates the fates of those standing behind the new president – many of them now in opposition or removed from the political scene entirely. Another moment sees Yeltsin ring Putin to congratulate him on his victory only to be told that Putin will ring him back. The phone call never comes.

Mansky’s voiceover and use of personal footage (including Mansky’s wife lamenting Putin’s rise to power) adds more of a human dimension to proceedings. Indeed, some of Putin’s Witnesses seems an exercise in humanising all the protagonists, stripping away the myths that have been built up around them. But humanising someone does not mean making them sympathetic. In an age when our perceptions can come through social media posts or jokey internet memes, Putin’s Witnesses is a sobering reminder of the fierce intelligence at the heart of Vladimir Putin and the fact that the immense power that he now wields was not an accident of fate