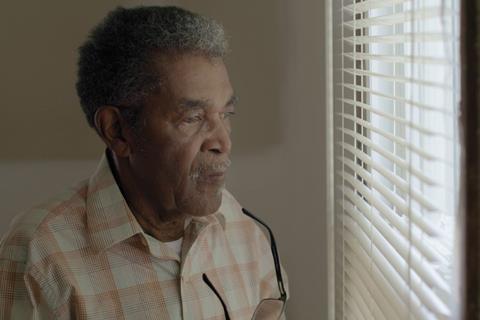 There have been over 1,300 school shootings in the US since 1970. At the time of this film’s making, that figure had resulted in 767 deaths, alongside the countless lives which have been irreparably damaged. Among those are Sue Klebold, Jeff Williams and Clarence Elliot, all of whom have had to live not only with the shock and trauma, but with the fact that their children – Dylan, Andy and Nicholas – pulled the trigger. This measured and thoughtful documentary weaves together the testimonials of these three parents, all of whom now live with guilt, grief and the consuming need to know what went wrong and why.

This is the third film in an unflinching American trilogy from husband and wife team Frida and Lasse Barkfors. The first, Pervert Park (2014), looked at the rehabilitation of sex offenders and won the Special Jury Prize at Sundance. The second, Death Of A Child (2017), explored the lives of parents who had caused their own children’s deaths. Raising A School Shooter shares with the previous films a dispassionate humanism and intelligent restraint in its approach. Even so, like Fran Kranz’s similarly high quality drama Mass, which premiered at Sundance at the beginning of the year, the subject matter might be approached with caution by distributors. Further festival screenings are likely, as are television and/or streaming platform sales.

The sensitivity of approach is evident in the intimacy and access which the filmmakers earned from their subjects. These are people, after all, whose previous experiences with the media have been scarring – the short and easy answer to the question of why a kid picks up a gun and shoots their classmates and teachers is to blame the parents. But the Barkfors are not interested in short and easy answers, and deliberately chose subjects who have sufficient distance from the events to be able process their emotions and experiences, to be able to offer insights which might help prevent the same thing happening repeatedly.

Of the subjects, it is Klebold, the mother of 1999 Columbine shooter Dylan Klebold, who is the most articulate. But all three are able to balance unconditional love for their children while in no way minimising the gravity of their crimes: Williams’s son Andy shot and killed two classmates in 2001; Elliot’s son Nicholas shot and killed his teacher in 1988. The filmmakers let their subjects talk at length; the interview audio plays out over footage of each parent performing quotidian, day-to-day tasks: dusting, putting groceries into the fridge, feeding pets, walking. Ordinary moments which can never be ordinary again.

Klebold talks eloquently about the denial with which she initially faced some aspects of her son’s crimes. She wrote to his victims, apologising and blaming “a moment of madness”. But then the police report indicated that, rather than a momentary impulse, the Columbine shootings were planned at length and premeditated. She was forced to go from grieving a “lost precious child” to realising “who he was to the rest of the world.” All three parents took on the burden of guilt for their sons to some degree or other, but Williams and Elliot are at pains to point out the fact that their boys, both severely bullied, were then painted as the cause of all the problems at the schools rather than the products of them.

Ultimately, it is Klebold’s wisdom and empathy in the face of an unimaginable horror which is the film’s main takeaway. The job of parents, she says, is not to make kids feel better. It’s to let them feel and help them understand what they feel. Her main cause for concern going forward is society’s ability to dehumanise those we don’t agree with, to emphasise differences at the expense of the many shared similarities. Connection, she stresses, is our greatest strength.