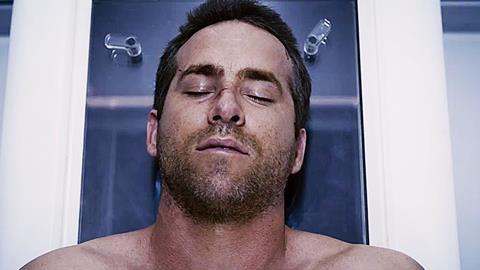 Best known for wildly imaginative visuals and pretty shaky narratives, Indian director Tarsem Singh plays it surprisingly straight with Self /less, a solidly effective sci-fi thriller given added appeal by likeable lead Ryan Reynolds and a classy supporting cast. Coming from the producers behind Looper, this is the kind of independent genre outing that can, in the right circumstances, find a profitable marketplace niche.

A wide July 10 US opening on Focus Features’ Gramercy label will sandwich the film between much bigger sci-fi-ish releases – Terminator: Genisys and Ant-Man – and that may limit domestic box office potential. The off-shore strength of Singh’s Mirror, Mirror and Immortals – and of Looper, which took more than 60% of its $177m global gross outside the US – might bode better for the film’s performance in international markets, where independents will distribute through July and August.

The well-structured script by Spanish brothers Alex and David Pastor (Los ultimos dias) introduces Damien Hale (played, for a while, by Ben Kingsley) as a powerful but isolated titan of industry with an estranged adult daughter (Downton Abbey’s Michelle Dockery) and only his loyal right-hand man (Argo’s Victor Garber) as a friend.

When he discovers he has terminal cancer, Damien signs up with a mysterious corporation run by slick scientist-entrepreneur Albright (Matthew Goode) for ‘shedding’: the process of having his consciousness transferred into the body – supposedly grown in Albright’s lab – of a much younger man.

Reborn as handsome thirtysomething Edward (Reynolds, seen most recently in Woman in Gold), Damien enjoys life as a New Orleans playboy until he starts having flashbacks involving a young mother (Natalie Martinez) and a little girl. The flashbacks lead Damien/Edward into a war with Albright and the people who will kill to keep shedding a secret.

It’s a fairly hokey set-up (bearing some resemblance to John Frankenheimer’s 1966 cult classic Seconds), but there are enough twists and turns in Self/less to keep things interesting, both on an emotional level, as Damien/Edward contemplates the mistakes of his old life, and on a moral level, as Albright attempts to defend his scientific ethics.

Singh’s trademark visual flair comes into play only very occasionally but he does a competent job directing the more conventional sequences. In fact, the film often feels like a straight ahead action thriller, complete with bruising fist fights, gun play and a metal-crunching car chase.