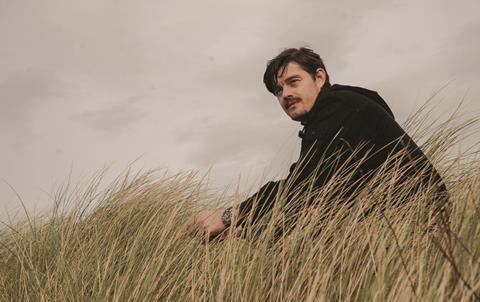 It would take a strong appetite for English eccentricity – Liverpudlian eccentricity, to be precise – to fully embrace the charms of Sometimes Always Never, a melancholic comedy-drama about father-son reconciliation. Scripted by Frank Cottrell Boyce, the dialogue bristles with wry exchanges and throwaway wit; but there’s often the feel of a mismatch between the low-key such-is-life observations and Carl Hunter’s sometimes forcedly off-beat direction. Hunter – making his feature debut after shorts and TV work – shows visual invention to spare, but this sometimes overloads a slight story that serves as a somewhat familiar vehicle for Bill Nighy.

Nighy never really clicks with the distinctive rhythms of the dialogue, nor makes Alan a plausible three-directional being.

The film is unlikely to catch fire commercially, though adventurous older audiences might take to the family angle, the nostalgic humour and to some appealing casting, including Jenny Agutter in her most substantial cinema role for a while.

You could hardly have an opening shot more bespoke for Nighy than the image of him standing under an umbrella on a windswept beach (in Crosby, actually, with Antony Gormley’s lifesize iron statues dotted along the coastline). Nighy plays Alan, a widowed tailor, one of whose sons went missing years earlier. He’s now setting off with his other son, painter Peter (Sam Riley), to visit a morgue where a body might be the missing Michael. While waiting, they stay at a hotel where they meet a couple, Margaret and Arthur (Agutter, Tim McInnerney) on a similar mission, and where the unprincipled Alan lucratively thrashes Arthur at Scrabble.

Alan later moves in temporarily with Peter, his wife Sue (Alice Lowe) and their computer-addicted teenage son Jack (Louis Healy) and settles in to obsessively play online Scrabble – in which he’s convinced he’s found a clue to his lost son’s whereabouts.

Much of the script can best be described as banter - in the old, good-natured sense – with Alan and Peter swapping reminiscences about cultural trivia and bygone brand-names (Subbuteo, Chad Valley et al) that won’t mean much to anyone who wasn’t around in Britain in the 70s and 80s. A Dymo Labelmaker (a plastic gun-shaped thing; it makes labels) plays a significant part, and there’s a running joke about Arthur having been a session singer on the old cash-in compilation LPs of soundalike hits once produced by the Pickwick label: “He was Bonnie Tyler once,” confides Margaret.

Unsurprisingly, all paths lead to reconciliation, life lessons and a benign philosophical payoff (“You have to make the best of it”). Hunter’s direction consequently goes full out to bolster the material with some stylistic playfulness, and pretty much uses any trick that works – manifestly painted backdrops, captions on 70s wallpaper, back projections, black-and-white inserts, animation, even an out-of-nowhere cameo from Alexei Sayle. But the whimsy, in both script and visuals, can sometimes be grating.

Where the film fails to cohere is in suggesting that its characters are really alive in its artificial world. The cast is strong overall, Lowe nicely catching the sitcom tone of the domestic scenes, Agutter and McInnerney lending vivid character support, and Riley standing out as the long-suffering son who never got to be the beloved prodigal.

However, Nighy – who has an executive producer credit – never quite comes into focus, and neither does his Liverpool accent. Somewhat coasting on his trademark dourness, he sketches Alan in a collection of mischievous verbal and physical mannerisms, as a garrulous chancer, ever ready with arcane traveller’s lore or tips on the art of Scrabble. But Nighy never really clicks with the distinctive rhythms of the dialogue, nor makes Alan a plausible three-directional being. However – at least in the scenes where he’s not wearing dubious knitwear – you can believe in the ever-dapper Nighy as a tailor. The film’s title, by the way, refers to the rules for which buttons on a jacket should be done up, and in which order.