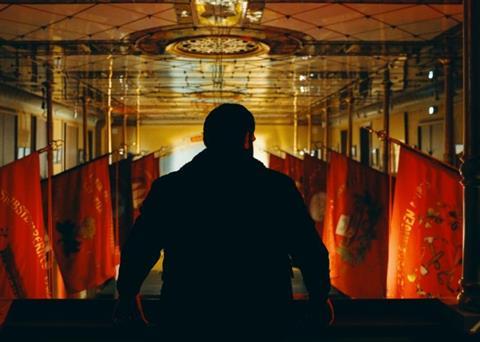 Polarisation and radicalisation send fractures through an alternative version of Denmark which has drifted so far to the right that a populist party campaigning on a ticket of thinly veiled ethnic cleansing is now the preferred option with voters. Reflecting as it does the rise in neo-Nazi ideologies in Europe, Sons Of Denmark is undoubtedly timely. Ulaa Salim’s film grimly explores that ways that young Muslim men, disenfranchised by a society which views them as a potential problem, can turn to violence. But the hard-hitting and sometimes crude approach of the film does not always serve the material well.

The hot button theme should make this picture a talking point on the festival circuit. But despite a neat shift to a new protagonist at the halfway point, the film sits a little uncomfortably in an overlong running time – it’s a tough watch which doesn’t spare the viewer the grim realities of the things men do in the name of hate. A tighter edit might improve its commercial chances.

A pre-title sequence shows the personal cost of a terror attack – a young couple who are making flirty plans to meet up later are caught in the blast, leaving one dead and the other devastated. Clips of news reports talk of a new nationalist party which claims that “all problems can be traced back to immigrants”. What comes next is inevitable: a group of Muslim men stand, appalled, staring at racist graffiti and severed pigs heads which have been left as a message. It’s a horrifying moment as it stands. But Salim ramps it up still further with the use of Mozart’s ’Lacrimosa’ on the soundtrack, and a saturated colour palette which is only slightly less dramatic than the music.

Zakaria (Mohammed Ismail Mohammed), a 19 year-old of Arab descent, feels compelled to do something, to make his own voice heard. Uncertain of how to do this, he turns to an elder statesman and friend of the family who cautions him, “Are you tired of life? No? Then why are you here?” Once Zakaria has convinced the older man that is committed to the cause, he is assigned to a handler who will train him for his mission: the assassination of the ultra-nationalist politician Martin Nordahl (Rasmus Bjerg) whose rhetoric has inflamed the underground neo-Nazi group the Sons Of Denmark.

Zakaria is impressionable kid, who lacks the complexity to be a compelling central character so it’s something of a relief when the story shifts focus to undercover police officer Malik (Zaki Youssef). Malik was instrumental in saving Nordahl’s life, and must accept the politician’s thanks and assurances that the anti-immigrant rants shouldn’t be taken personally. “You’re not like them.” But increasingly when Malik finds himself confronted by an ‘us and them’ situation, he instinctively sides with those who share his background.

It’s a strong performance which taps into the discomfort of being caught between two increasingly polarised worlds. Youssef is a forceful presence in the film, but he is ill-served by a screenplay which seeks to shock in its depiction of hate crimes and violence but loses credibility with its rather slap dash version of police procedure. And credibility is key when the subject matter is as potentially inflammatory as this is.