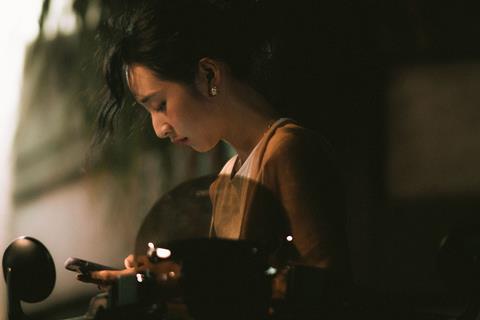 In 1986, Edward Yang delivered a meticulous examination of urban malaise in globalising Taipei with his postmodern masterwork The Terrorizers; over three decades later, Ho Wi Ding has fashioned this almost identically titled homage-cum-update which finds four young people connected by a headline-grabbing slashing incident. After helming several domestic crowd-pleasers, Ho boldly changed tack with Cities Of Last Things, a crime-oriented triptych that unfolded in reverse-chronological order. Continuing his structural experimentation, Terrorizers uses a nonlinear approach to determine the root cause of an act of violence. Riffing on Yang’s cinematic puzzle has resulted in a film with a similarly cool veneer, but it’s altogether less enigmatic, with Ho bluntly wagging his finger at numerous issues, from the erosion of the traditional family to misogynistic entitlement to the impact of digital media on mental health.

Showing at the Tokyo Film Festival after a Toronto premiere, Terrorizers tackles enough hot-button topics to generate a fair amount of discussion at high-profile events. Although the presence of up-and-coming stars could drum up respectable theatrical business in Asian markets, this network narrative may otherwise mainly be navigated via the small screen. As with Cities Of Last Things, which found a home at Netflix, Ho’s latest feature should parlay its festival exposure into a streaming deal.

Terrorizers initially focuses on politician’s daughter Yu Fang (Moon Lee), who works at a cafe. By chance, old acquaintance Xiao Zhang (J.C. Lin) comes in for breakfast having recently finished a six-year stint as a chef on a ship. He’s an old-school romantic who sweeps Yu off her feet with handwritten notes and roses. Life seems to be going swimmingly until Yu is attacked by a sword–wielding figure at the train station; Xiao Zhang heroically leaps to her defence, but is badly wounded in the process.

What started as a straightforward love story then shifts back in time and turns into a hyperlink narrative wherein connections are tangible, tenuous and imagined. The other players are Ming Liang (Austin Lin), the sullen son of a wealthy powerbroker who alternates between online gaming and riding his bike around the city; Monica (Annie Chen), an actress who is trying to transition from adult video to serious roles; and Kiki (Yao Ai Ning), a teenager who gets her kicks from cosplay and entering other people’s homes.

This is an elegant yet uncomfortable film which takes Yang’s theme of voyeurism to extremes. Following a chance encounter with Monica, whom he recognises from a viral video, Ming Liang enters an alternative reality where he is her protective boyfriend. A scene in which Ming Liang surveys the city from a rooftop like a superhero represents the peak of his delusion, with Ho effectively subverting staple imagery.

After making his germaphobe in I WeirDO oddly relatable, Lin exudes sheer toxicity here as an entitled stalker, and his abrasive performance illustrates how noble actions can actually stem from negative personality traits. As the unwitting object of his affection, Chen also impresses, creating empathy for a contradictory young woman who wants to wrestle free of patriarchal control but is attached to material comforts. When these two characters eventually interact, the scene constitutes a queasy clash between expectations and reality.

Reuniting with cinematographer Jean-Louis Vialard following their aesthetically invigorating collaboration on Cities Of Last Things, which was shot on expired 35mm film stock, Ho shifts from neon-infused romanticism to a glacial digital palette. Slick lensing and a tastefully subdued colour scheme present Taipei as an alienating environment regardless of its cosmopolitan trappings. There are also echoes of Yang’s signature empty spaces with Yu Fang and Monica’s apartments bereft of furnishings, although Ho’s implications are less existential.

Abandonment issues abound as characters are neglected by family due to divorce or spurned by lovers that they hoped would fill the void, with the question “Are we together?” proving an aching refrain. Variations on Chopin’s ubiquitous ’Nocturne in E-Flat Major’ enhance the pervading melancholy, even if they are employed so frequently that the film sometimes plays like an unintentional satire of generational ennui at its most studiously affected.

Despite being precisely constructed to contextualise every detail, Terrorizers is hesitantly positioned between melodrama and psychological thriller. Ho also strives to include far too much, with a tirade against tabloid journalism in the last half hour making a didactic point about the rush to judgment in the clickbait era. Nonetheless, this intersection of isolated souls maintains interest throughout while emphasising some difficult truths about the human condition.