Impressive, idiosyncratic documentary which finds an extra resonance in the current times 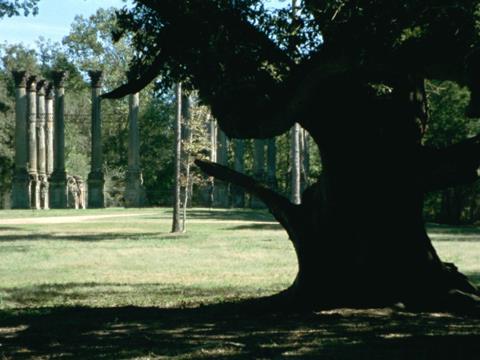 Surveying the legacy of the Civil War through the strange remnants that linger in American society, The Annotated Field Guide Of Ulysses S. Grant is an essay film with bite, understatedly but convincingly arguing that the Confederacy’s great shame has yet to be expunged from the national consciousness. Filmmaker Jim Finn details the journey US General Ulysses S. Grant underwent to systematically crush the Confederate army, but this isn’t a documentary about military tactics. Rather, Finn photographs the war’s most famous battlefields as they appear now, as well as explores the odd ways that the country has memorialised the conflict, including through boardgames and bubblegum cards. Told in nine chapters and a damning coda, The Annotated Field Guide may initially seem playful, but the seriousness of purpose becomes evident soon enough.

The documentary makes its world premiere at DOK Leipzig, and certainly the festival route seems the most likely outcome for this thought-provoking film. At a moment when America is grappling with its history of slavery and racism — in part by tearing down Confederate statues in the South — The Annotated Field Guide could strike a chord with audiences eager to confront the Civil War’s lasting scars.

Written, directed and shot by Finn, who also provides narration, the film is a selection of observations about the Civil War, Grant and defeated Confederacy General Robert E. Lee, focusing on crucial battles and interesting trivia. (For instance, Southern General Nathan Bedford Forrest, nicknamed “The Wizard Of The Saddle,” later became the first leader of the Ku Klux Klan, which is where the title Grand Wizard comes from.) Juxtaposed with these stories is 16mm colour footage that reveals mostly tranquil forest and sleepy suburban communities where blood was shed more than 150 years ago.

Instead of reenactments, Finn dramatises the battles with stop-motion animation, utilising commemorative boardgames that depict many of the fabled clashes between North and South. At first, it’s amusing to watch the little game pieces, representing the two sides, move around the board as Grant continues to press his advantage, but there’s also something darkly satirical about Finn’s approach. As we’ll see elsewhere in The Annotated Field Guide, American culture has a strange tendency to romanticise and honour the Civil War, especially in the South, where its ties to slavery are celebrated rather than repudiated. Subtly, Finn suggests that, rather than learning the lessons of that conflict and reckoning with the country’s past sins, Americans simply have turned the war into attractions and landmarks.

Because the film has a scholarly, methodical approach, casual viewers used to sleeker, more audience-friendly documentaries may find the proceedings too dry. But those with more patience should appreciate Finn’s slow, steady building of his case — as well as the compounding impact of his strategy. Although the 16mm photography has a faded, almost nostalgic beauty, the more we learn about the battles that took place on those grounds, the more apparent it is that we’re looking at haunted lands. It’s not just the ghosts of the fallen that come to mind, though — it’s the nation’s regrettable repetition of the mistakes of the past, as racism remains among America’s most divisive issues.

Running only an hour, The Annotated Field Guide is far from definitive in its investigation of the Civil War’s long shadow. There are no interviews with scholars or sweeping historical recounting, although the credits do cite a sizeable list of reference texts. But as an idiosyncratic perspective on wilful blindness and moral failure, Finn’s essay film grows in power as it moves along. Its final segment adroitly connects the nation’s white-supremacist past to its present, making plain that The Annotated Field Guide is no mere history lesson. Finn adopts a subdued tone throughout, but at the end, you can’t miss the anger in his voice.