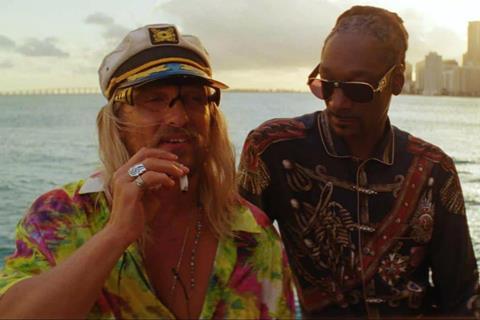 Harmony Korine has always had a fondness for weirdoes and outcasts but, with The Beach Bum, the writer-director tests his audience’s willingness to share in that sentiment. Matthew McConaughey gives an unmoored, gonzo performance as the titular drunkard/poet/reprobate and, while one can’t argue with the Oscar-winner’s commitment, there’s far more mannerisms than inspiration — a criticism that also applies to this self-indulgent, infrequently transfixing stoner comedy.

Korine’s allegiance to his uncompromising eccentrics is an act of provocation, but it’s orchestrated with sincere affection

After its South By Southwest premiere, The Beach Bum heads to US theatres on March 29, riding the crest of McConaughey’s popularity and Korine’s cult appeal, especially after the art-house success of Spring Breakers ($32 million worldwide). An intriguing hodgepodge of supporting actors — including everyone from Snoop Dogg to Zac Efron to Jimmy Buffett (playing himself) — will add to the curiosity factor, but this film’s studied strangeness is likely to limit crossover potential.

Set largely in the Florida Keys, the movie stars McConaughey as Moondog, who is rarely without a beer in his hand or a scheme on his mind. The bearded, slovenly dressed Moondog lives a hedonistic, irresponsible life, although he tries to pull himself together to travel to Miami to see his wife Minnie (Isla Fisher) and attend their daughter’s wedding. Minnie loves Moondog, even though she’s having an affair with his friend Lingerie (Snoop Dogg) — which is hardly a scandal, since Moondog sleeps around as well. But a tragedy forces him to finally address his aimless existence.

In films such as Gummo and Trash Humpers, Korine explored strange, dark undercurrents of American life, forcing viewers to confront characters who were misfits residing outside the confines of “polite” society. This fascination with the bizarre culminated with Spring Breakers, which vibrantly chronicled the decadence and amorality of spring break, becoming a disturbing treatise on youth culture and even capitalism itself.

The Beach Bum can be seen as a continuation of sorts of that 2012 film. (Like Spring Breakers, Korine’s new movie takes place in Florida and features a larger-than-life oddity as its central character.) But as opposed to James Franco’s compelling, unnerving Alien, Moondog never rises above being a mild curiosity — often, he’s just a toxic irritant. There are hints of Moondog’s inner life — we’re told he was once a celebrated poet — but neither Korine nor McConaughey have considered the character beyond his shambling, party-hearty exterior, envisioning him as a proud iconoclast but not a particularly entertaining one.

It would seem that Moondog would be tailor-made for McConaughey, whose public persona is that of a fun-loving, beach-combing charmer. But the actor drowns in tics and strained debauched behaviour; as a result, Moondog is more thematic concept that human being, and the longer we hang around him, the less interesting he becomes.

Unfortunately, the rest of Korine’s ensemble operates on the same zonked-out vibe, producing over-the-top performances that can be gratingly self-satisfied. Fisher’s wild-child spirit works well for the spoiled Minnie, but the rapper Snoop Dogg mostly resorts to shtick as the ganja-loving Lingerie. Elsewhere, Jonah Hill provides an annoying cameo as Moondog’s motor-mouthed agent, while Efron’s God-fearing addict is mostly an excuse to sport unusual facial hair.

Because Moondog and his cohorts are tedious company, The Beach Bum’s meandering story drags, although there are the occasional amusing digressions that help liven matters. (Martin Lawrence is easily the film’s funniest element as a dim-witted tour guide who loves dolphins but sometimes gets them confused with sharks, an occupational hazard.) And cinematographer Benoît Debie, who previously worked with Korine on Spring Breakers,  again works his magic during the film’s neon-smeared night scenes, giving us a surreal Florida that can be depraved, dreamlike or tenderly romantic.

To be fair, what might make The Beach Bum an ordeal for some audiences will be precisely what other viewers love. Korine’s allegiance to his uncompromising eccentrics is an act of provocation, but it’s orchestrated with sincere affection. There are instances in which Moondog’s peculiar odyssey radiates with melancholy, as if the filmmaker is lamenting how much more difficult life can be for those who stumble down their own path. At his best, Korine is an outsider artist speaking to the misfit within each of us — or, alternatively, making us recoil at the horrors lodged inside society’s collective unconscious. But with The Beach Bum, he’s also trying our patience.