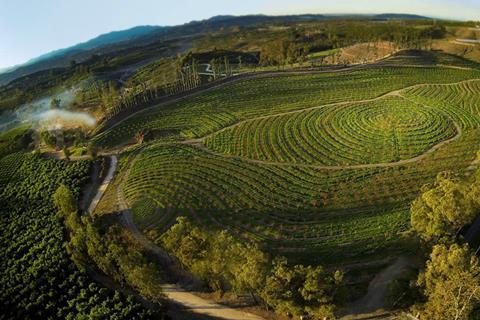 If you think making an independent documentary is hard, try raising pigs and chickens. The eight years filmmaker John Chester and his wife Molly spent creating an environmentally friendly farm are captured in the charming Biggest Little Farm. The couple bring a sense of wonderment to this visually inventive home movie and, while their good intentions may seem wildly utopian, the intrepid couple get their hands dirty as they birth calves and battle coyotes.

Chester approaches the eight years as a series of epiphanies, with radiant cinematography revealing it all

The novelty of the subject matter - reviving an abandoned farm in Los Angeles - should ensure the film a long festival ride after exposure at Telluride and Toronto, with those events focused on environmental programming having particular interest. An arthouse release could follow. Chester has already shown his short films about the farm on Oprah Winfrey’s series Super Soul Shorts, and US television networks should vie for a doc that creates characters out of a moody rescue dog and a massive grey sow called Emma. UK audiences could also warm to farm tales that channel A.A. Milne, James Herriot and Shaun the Sheep.

Chester opens his doc as if it were a quirky storybook. The filmmaker and his wife Molly, a private chef and blogger, adopt a taciturn abandoned dog whose constant barking angers neighbors. The couple and dog decamp for an idle farm north of Los Angeles. They enlist an adviser with a floppy hat, a southern accent and an ardor for earth-friendly farming. Over eight years, they turn a desiccated landscape into the lush Apricot Lane Farms.

This is decidedly not a how-to film, although there’s much to be learned from it. Chester approaches the eight years as a series of epiphanies, with radiant cinematography revealing it all; Emma the pig gives birth to a huge litter, snails ravage a fruit orchard (until ducks march in to eat them), and coyotes stalk the place for prey. Anything but dilettantes, Chester and Molly make terms like crop coverage and bio-diversity mean something concrete.

Woody Allen once said that 80 per cent of success is just showing up, and Chester and Molly’s plucky persistence in reclaiming baked and exhausted soil outside LA is itself an achievement. Yet any farm is a business, even if it has ambitious ecological goals. The funding of Chester’s 87-hectare expanse (complete with staff) and the financing of a documentary about it (with cameras that seem everywhere, day and night) make you wonder what it took to support this enterprise. We see a party for supporters wearing pig noses who wish the couple well, and we see eggs from the farm sell out at farmers’ markets. Given the sheer value of southern California real estate, the project must have been more complicated. In its tender celebration of creatures great and small, the film seems to shortchange its own complexity.

Still, most of those who’ll see The Biggest Little Farm will be drawn by its ardent, gentle idealism, and less by its hard-headed look at the challenges of sustainable farming. Audiences won’t watch it and go back to the land. But they might come back and see it again.