'The Bold, The Corrupt And The Beautiful': Busan Review 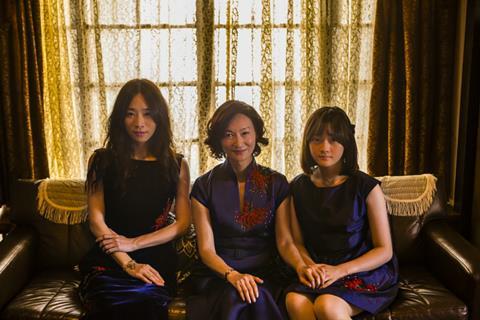 The Bold, The Corrupt And The Beautiful

The Bold, The Corrupt and The Beautiful is true to its tabloid-esque title with its lurid tale of ruthless scheming and family ambition. The novelty here in Ya-Che Yang’s latest is that women, for better or worse, run and ruin the show.

While grim, this story can also be wonderfully camp

Mrs Tang (Kara Wai), the attractive matron of a powerful family plots with crooked officials to corner a real estate deal. Her maneuverings, intended to enrich the clan, reveal festering wounds of ambition. Family cohesion, built more on mutual gain than on love, starts to unravel.

As Mrs. Tang’s plans fail, bodies do turn up. Yang’s intrigue involves one decent investigator, the well-meaning Captain Liao, but the handsome cop is not immune to the family’s toxicity. The drama also includes wry musical commentary on the goings-on by a duo of blind, aged performers, who function like a Brechtian truth squad.

The designer-crime look of The Bold, The Corrupt and the Beautiful has a feminine feel to it, with elegant fashion and interior design and a softer palette than the office monochrome of male corruption stories. Yang  takes his intrigue to horse farms and salons, where works of art don’t make conspirators any more noble.

This is a film about people using each other, and about younger generations learning the secrets of a vile inherited trade that made them prosperous. Chen-Chen (Vicky Chen) is the student daughter who watches her mother harden as the land grab is revealed. War inside a family becomes as unsparing as the battles of greed outside the home.

While grim, this story can also be wonderfully camp. Mrs. Tang has another daughter, an addict (Ke-Xi Wu)) who lurches from drugs to booze with a frenzy that makes you think of The Valley of the Dolls.

In one wild scene, the daughter constructs a tender trap to defang the probing detective. Her strategem is fueled by a coffee drink, brewed from the excrement of a rare animal that lives on Indonesian coffee plantations and feeds on the beans. The parallel that she draws between that drink and real estate corruption has a rhetorical darkness that Baudelaire might have liked.

Production values are high, especially when the film is observing anything luxurious. Yang’s eye also captures the futile pursuit of youth among ageing women who struggle to be seductive, yet are loath to face the inevitable.